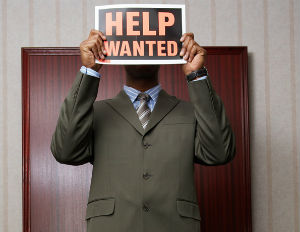 Recent data from the Labor Department shows the number of Americans seeking unemployment help has plummeted to a 15-year low, signaling that employers are laying off fewer employees.

Last week, weekly applications for unemployment benefits dropped 34,000 to 262,000, which is the lowest level it has been since April 2000. Since applications are an indicator of layoffs, the sharp fall in numbers shows that employers have enough confidence in the economy to not give some of their workers the pink slip. Fewer layoffs also suggest that the current slow economic growth may be temporary.

According to analysts, while the economy expanded just 0.2 percent during the January-March quarter, its growth is expected to rebound in the April-June quarter to about 2.5 percent. For the month of March, there were just 126,000 jobs added, which snapped a yearlong streak of monthly gains above 200,000.

Despite the pitfalls in added jobs and the current slow down of economic growth, a dip in unemployment applications is a sign that employer confidence in the job market is slowly picking up.