World AIDS Day: 5 Stories You Should Read About HIV/AIDS Awareness 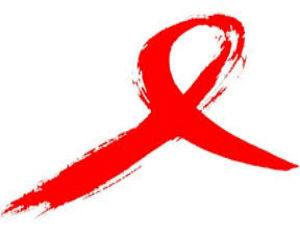 In honor ofÂ World AIDS Day,Â people across the country will showÂ their support for people living with HIV and commemorate those who have died.Â Although there have been several advances in HIV treatment over the years, the push continues to remove the HIV/AIDS stigma, raise awareness, and improve education about the disease. Check out a few of our past articles covering people living with HIV, prevention, and financial resources.

[RELATED: World AIDS Day: 5 Facts That Everyone Should Know]

“Have you or your loved ones gone out to get tested? In fact, one out of every two people living in the world who suffer from HIV or AIDS do not even know that they have it. The event, which is one of the eight official global public health campaigns by the World Health Organization, has been around since 1987 and is dedicated to raising HIV/AIDS awareness. Celebrities, concerned citizens, non-governmental organizations, and government and health officials all chime in with facts, figures, and educating news on HIV/AIDS prevention and control.”Â Read More.

In honor of ‘A Day with HIV,’ an anti-stigma campaign, Seto McCoy shares his personal story about living with HIV

“Everyone is affected by HIV, but we can do something about it.â€ That’s the message of A Day with HIV, Positively Aware magazine’s anti-stigma campaign. So in an effort to help spread awareness about one of the deadliest diseases affecting African Americans, meet Seto McCoy.”Â Read More.

Know Our Status: HIV/AIDS Among Blacks and How to Decrease Numbers

“Spreading awareness is especially important in our community, as African Americans are still the highest group affected by the epidemic. In 2010, we accounted for approximately 44% of all new HIV infections in adults and adolescents 13 years old and older. This number is alarmingly disproportionate, especially after considering that we represent only 12% of the U.S. population. BlackEnterprise.com spoke with Debra Fraser-Howze, founder of the National Black Leadership Commission on AIDS and the SVP of government and external Affairs at OraSure Technologies. Fraser-Howze breaks down our status as a community, how we can lower the numbers, and more.”Â Read More.

‘Growing Up Positive’ Talks Race and Living with the Disease

“Writer/Director and Executive Producer Yasmin Shiraz is one of many ready and armed to join the fight against HIV and AIDS. Right in time for World AIDS Day, Shiraz is wrapping the production for Growing Up Positive, a film about HIV/AIDS as it relates to race. The film offers a personal take to those affected by the viruses, as two activists, Hydeia Broadbent, and Abigail Harrigan, talk their journeys ‘growing up positive.'”Â Read More.

“Not everyone has the same experience when it comes to handling the financial implications of being diagnosed with HIV and AIDS. In fact, some have a tremendous amount of difficulty keeping up, with many even losing their homes in the process.”Â Read More.

Test Optional or Test Flexible? What You Need to Know 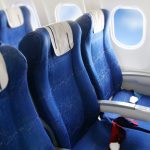