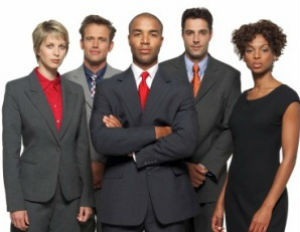 Of the 58% who did have a preference, it’s particularly interesting that the majority wanted a male superior as opposed to a woman, because leadership consultancy Zenger Folkman conducted research that concluded women are actually more effective leaders than men. The study considered leaders in varying positions, ranging from senior management to individual contributors. Participants rated the leaders in 16 leadership competencies. Results concluded that women out-scored men in all but one of the 16 competencies, and in 12 of the 16, the women were better by a significant margin. Zenger and Folkman revealed that “two of the traits where women outscored men to the highest degree – taking initiative and driving for results – have long been thought of as particularly male strengths.â€ Additional studies by Zenger Folkman further confirms the oddity of Gallup’s findings by concluding that women prove to be more “likable” as they advance to senior-level positions.

Given the research, Forbes raises the question: So why don’t we like women more? They suggest that negative stereotypes about women may very well be part of the explanation. Robert Sherwin, chief operating officer at Zenger Folkman, said, “One assumption about female leaders is that they are better nurturers–and they are… But women also scored higher on leadership traits often attributed to men, such as taking initiative, driving results and being a champion for change.â€

Another plausible reason professionals may prefer a male boss is that only a few employees have ever experienced working for a woman. In Gallup’s findings, it was discovered that only 30% of participants worked for a female boss. “Those employees were equally split in their preferences–perhaps showing that gender equality among leaders creates gender equality among workers as well,” Forbes reports.

Narrative CEO and Russell Simmons’ business partner Tricia Clarke-Stone also attributes some ofÂ thisÂ disconnect to theÂ lack of familiarity with a woman boss. She tells BlackEnterprise.com, “Men have held the majority of leadership positions for so long, that for many people—even in today’s modern society—it’s difficult to see beyond this ‘norm.'” Clarke-StoneÂ goes on to add, “And while the number of female leaders is growing every year, I think that for a lot of women, there is still a competitive mentality. It’s not about one female losing her executive position for another female; it’s about supporting one another to break through this statistic.”

In efforts to resolve this issue and get more women in leadership roles, Sherwin suggests assigning more women role models in the workplace. “If I’m a woman in an organization and I look up and see that there are hardly any people like me, it’s a pretty strong signal that I’ve got a tough fight ahead,” he stated to Forbes. Women role models inspire others to strive for the top positions, and they educate men who are in senior positions about the value of female leaders and all they can contribute to the work environment. Tricia Clarke-Stone says “Female leaders bring a lot to the table—we are innately more intuitive and compassionate. We see strengths in each member of the staff. There is enough room at the top for all of us, and once that is fully realized I think more people will adapt to the idea.”

Maternity leave is another major factor that could increase the number of women in executive positions. Sherwin added “I think these policies will have a huge impact because they will level the playing field.” The United States is the only developed nation that does not give women paid maternity leave.

Knowing the results of this research is critical for the workforce. Men and women employees need to be aware ofÂ the value female leaders bring to a company. The more women’s leadership skills are highlighted, and appreciated, the closer we are to realizing equality on all levels in the workforce.

Another One Gone: Twitter Mourns The Loss Of Antonio Martin