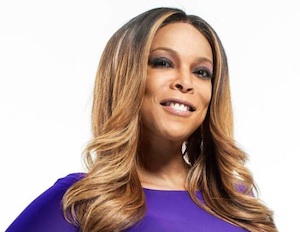 Known as an outspoken radio personality turned daytime television host, Wendy Williams is not one to shy away from voicing her opinion whether we like it or not.

When she’s not entertaining us with The Wendy Williams Show, this New Jersey native is spending time with her husband and teenage son. In a recent interview with Forbes, 50-year-old Williams opened up about her decision to hold off on having a family until she established a successful career.

“We can debate this all day. Every woman has a different view and there are some women who have an opinion and are scared to voice their opinion on it. But I’m not scared to voice mine — don’t throw tomatoes,” Williams told Forbes reporter Moira Forbes. “I do feel it is difficult for men to accept really successful career women. Whether it be that we out-earn them or the marquee, our name is brighter than theirs or whatever. I also feel like marriage and babies stunt a woman’s growth career-wise and they don’t understand like, once you get married and once you have kids, you can’t do all the things you used to do and maintain this important precious thing you’ve built as a family.”

[Related: What Wendy Williams Taught Me About Lending Money to Friends and Family]

Williams’ willingness to talk openly about work/life balance unlocks the door on a topic that many working moms struggle to find the answer to. Earlier this month, we caught up with Grammy award-winning singer and new mom, Kelly Rowland, to get her insights on what it’s like trying to juggle it all and she told us that not working is not an option for her.

“You know what, I remember hearing Diane Von Furstenberg say that the truth of the matter is that she just has to work and the truth is I have to work. I want my son to have a better life and childhood than I did, so I’m going to work my butt off to make sure that he does. I want us to have vacations every year and there are certain goals that I have for myself and my son in order for us to live pleasant and happy,” Rowland said.

In response to her thoughts on marriage and kids slowing down a woman’s growth career-wise, Williams offered her own words of wisdom to young professional women in their 20s.

“So my suggestion to women, always, is to use your entire 20s to work your behind off in your career and get some ground footing, then think about meeting that guy,” said Williams. “Even if you’ve met him at 27, don’t get engaged and don’t move to where he is. This is about you and your career because we are the ones that lose in marriage. Not men.”

Do you agree with Williams’ opinion about marriage and kids slowing down a woman’s professional growth? Do you think it’s best for women to wait until after their 20s to settle down? Sound off with your opinions in the comment section below.

Beauty Entrepreneur on Making Jump From Healthcare to Hair

STEM Mentoring Programs Invite Girls of Color into the Industy