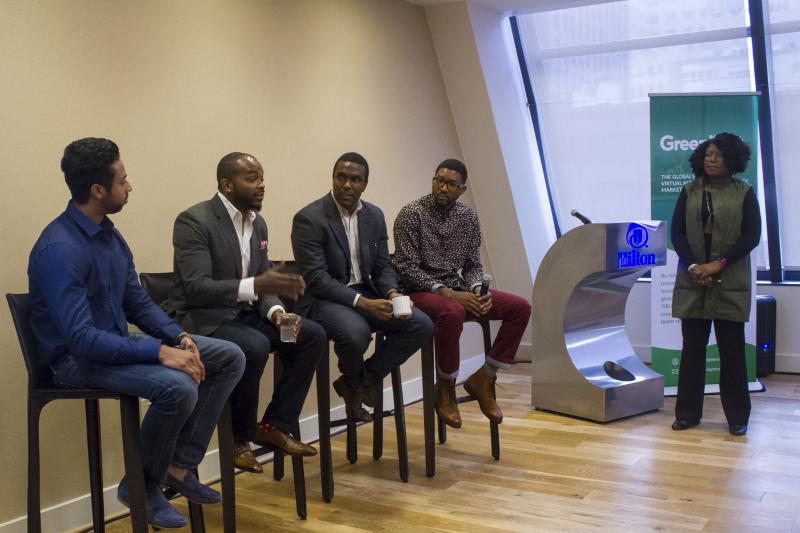 VR is becoming a hot topic in Silicon Valley. So, where does the black community stand,Â  when it comes to adopting the technology? On November 1, a panel–moderated by VR consultant Leshawnda Larkin; with CEO of Greenlight Insights Clifton Dawson; CEO of Glassrock Entertainment, Alton Glass; CEO of Rebel of America, Rock Jacobs; and President of One Solution and One X, Detavio Samuels–got together to discuss how people of color could be a part of the oncoming tidal wave, as not just consumers, but producers and of this innovative technology.

From data produced by Greenlight Insights, a marketing reports, data, and research service for virtual and augmented reality, weÂ can tell that minorities are some of the first sets of early adopters of the technology. “In our consumer studies, we’ve seen that there is an over-index of interest in the consumer technology category,â€ Clifton Dawson told Black Enterprise. “The important question is, how do we accelerate that interest into full-blown adoption and usage?â€ Â

It seemed that the common consensus from the panel was that we have to further educate minorities on the technology and the fact that there is a rich, thriving market for new job opportunities. “There’s someone who does social media for Pizza Hut, making six figures. That’s a job that didn’t exist 10 years ago. It’s our job to educate and let minorities know that these jobs exist because there’s a huge void. You see, other people in the world soak up jobs in VR, because they know about them,â€ says Jacobs.

“That’s the goal with the American Black Film Festival; to educate artists on the medium, platform, and technology, so that we can be innovative in our creations,â€ states Glass.â€We’re doing the VR Studio this year to introduce the audience to what VR is and to educate filmmakers on how to create content in VR.â€

Radio One and TV One seemÂ to be right on par with their new roll-out of OneX. OneX is a branded content agency that represents One Solutions and Interactive One. It is launching its own VR capabilities within their current studio space. “We just did our first virtual reality project, in partnership with Burrell on the Toyota business. It consisted of a pop-up concert with Jidenna, all of which was filmed in VR,â€ Samuels says. “It’s a brand new way of storytelling, like we’ve never been able to do before. For us, it was disruptive; doing it for the first time and learning aboutÂ the difference between planning something that’s 2D video versus 3D video.”

“Why I’m excited about it, is because it feels like it’s the wild, wild west. Where there’s chaos, there’s opportunity; specifically for people who come from media platforms that have been disenfranchised. It’s so early in the game, we can jump in from the beginning and lay the landscape out the way that we need to–in which case, black stories and black culture should be a major component,” Samuels tellsÂ Black Enterprise. Â Â

Deya Smith Wants You to Be “Soft”