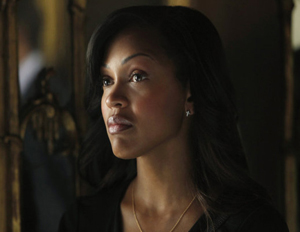 Oftentimes, we start off a new year with a resolution pertaining to everything from our health to our finances to our relationships. We use our own life experiences as a source to evaluate and assess what needs improvement and change, but with a new year also comes new inspiration. Take a look at celebrities we follow every day and see what motivation we can get from the boss moves they’re making in 2013:

La La’s “Full Court Life” Goes On: Last year was one heck of a year for La La, from launching her Motives for La La makeup line, to traveling to the Olympics in London to support her NBA husband, to juggling mommy duties, this TV personality is putting everything on the table for the cameras to see in the new season of her show that premieres soon.Â

Bey’s Bowl Takeover: BeyoncÃ© is proving in the new year that motherhood doesn’t stop any show. In addition to being the headliner for the this year’s Super Bowl, Blue Ivy’s mom has also been confirmed to sing at President Obama’s inaugural ball.

Bargain Barbz: Nicki Minaj proves time and time again why she is a force to be reckoned with, both in the music industry and in business. Though she faced major scrutiny after beefing with her American Idol co-judge Mariah Carey, she’ll still be making her presence known on the hit show. And the Young Money artist is set to launch her new clothing line in partnership with Kmart. We’re sure her Barbz couldn’t be any happier.

Laz Alonso and Meagan Good’s “Deception”: The two young Hollywood entertainers have started the new year off right with the premiere of NBC’s drama series “Deception.” As we continue to watch both actors flourish in their careers, it’s good to see them excel on both the small and big screen.

Oprah and Tyler (Perry) Tag Team: As if these two aren’t already powerful standing alone, television moguls Oprah Winfrey and Tyler Perry have partnered up for two new scripted series for OWN that will premiere in mid-2013. We’re sure that just about anything these two stand behind will turn gold.

4 Ways to Get More Comments and â€˜Likesâ€™ On Facebook