The High Cost of Riots: Part 1 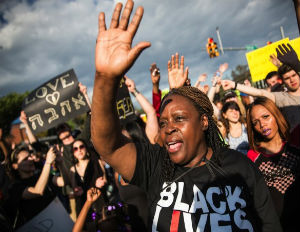 In the final days of April, Tony Randall and his business partners, John Carter and William Hudson Jr., would typically be getting ready for their restaurant’s May rush, an eatery called Phaze 10, in the Mount Vernon section of Baltimore.

[Related: Programs Aim at Easing Tensions Between Students and Police]

“May is the last opportunity to maximize revenue. Business slows down during June, July, and August. We really counted on it this year because we lost so much due to a bad winter,â€ says Randall.

Instead of getting ready for the rush, however, Randall, Carter, and Hudson found themselves standing outside of their restaurant, “military style,â€ to make sure it wasn’t looted or damaged during the protests that took a violent turn in response to the death of 25-year-old Freddie Gray, who died after being injured in police custody.

“We physically stood in front of our business and acted like the armed forces. There were kids on bikes throwing bricks. Employees had to start leaving at 8 p.m. because of the 10 p.m. curfew. They had to leave that early because many of them use public transportation. That was a big problem because the peak time for the restaurant is between 7 p.m. and 10 p.m.â€

The show of force the three men had to display was not just a deterrent to looters. They also had to deal with the fear that pervaded the region due to what Randall calls the “media-driven perception that Baltimore was on fireâ€ that had a devastating impact on the flow of customers, leading to a massive drop in revenues for the month.

In the final days of April, Rasheed Aziz and Omar Muhammad are usually selecting more than a dozen students to work the push carts that are dispersed throughout West Baltimore to sell their sorbet.Â Â  Five years ago they opened Frozen Desert Sorbet , which also has two brick and mortar locations, toÂ  be the funding engine for their 15-year-old Citywide Youth Development program. The program was developed to create jobs and teach young people about the fundamentals of entrepreneurship.

“It’s about giving people a skill set and exposing them to entrepreneurship through the push cart aspect of the business. They’llÂ  become empowered, and as entrepreneurs, they’ll create jobs for the community,â€ says Muhammad.

This Summer, however, Aziz and Muhammad felt the streets had become too violent in the wake of the riots, to send students into the community. There were nearly 40 homicides in May alone — the third highest number of homicides in Baltimore’s history.

Aziz says the gangs are fighting turf wars to take control of the huge supplies of prescription drugs that flooded the streets after pharmacies were looted during the riots.

“This isn’t about racism, it’s about money. Millions of dollars of non-traditional drugs have flooded the streets. As a result, there are murders, gang fights, and a lot of high people on the streets.Â  It’s too violent for us to put our kids out there, even though the need for employment is even higher now. They need jobs so that they aren’t lured into that way of life,â€ says Aziz.

In addition to their inability to employ all of the children they would like, Aziz and Muhammad are dealing with a massive financial loss.

“We lost about $30,000 in May and we’re in the same position this month,â€ says Aziz.Â  “The problem is that the mobile carts are the biggest part of our business, and constitute 90% of our revenues. We’re still only operating at about 10% of our capacity and only bringing in about $5,000 a month,â€ he adds.

Frozen Desert Sorbet and Phase 10 are among the homeowners and businesses that suffered an estimated $9 million in damage, according to the Small Business Administration.

The riots in Baltimore provide a snapshot of the financial toll on the businesses and community members due to such unrest. However, as we examine, entrepreneurs and residents can gain assistance to help rebuild their businesses and lives.

Why All Startups Need Business Plans