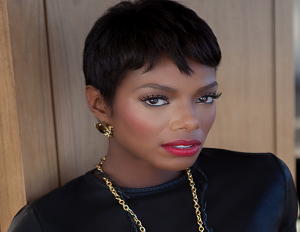 Recognized by many as the authoritative voice on style and beauty, Tai Beauchamp got her first start in media as an editorial intern for Good Housekeeping and Harper’s Bazaar magazines. After graduating from Spelman College, she went on to work for several big name publications including O, The Oprah Magazine, Suede, Vibe Vixen andÂ Seventeen, where she made history as the magazine’s youngest and first African American beauty director.

Now, with years of media experience under her belt, Beauchamp has successfully made the transition into television, serving as a host and correspondent for shows like Good Day New York, The Today Show, Entertainment Tonight and The Wendy Williams show just to name a few. Her latest venture includes serving as a style expert and host of TLC’s new show Dare to Wear where she’s flipping the script on what it means to get a style makeover.

BlackEnterprise.com: How is Dare to Wear different from other makeover shows?

Beauchamp: Well, the show is definitely a different type of makeover show. The concept is really to help women think differently about their style by walking in someone else’s style. So I have them come into my style studio. They think they’re coming in for a traditional makeover and then they swap clothes and have to walk a day in the life of someone else’s clothes who is a complete opposite. The point of that is to not only help them to see themselves differently, but to help them understand the message they’ve been communicating. Also, to shake them out of their style and comfort zone. Then I walk them through this transformation–it’s hair, it’s makeup, it’s clothing. But I also offer them tips on how they can dress for themselves and also feel empowered. So, it’s an emotional transformation. What you will see on the show is a lot of women really have emotional attachment to what they’ve been wearing. When they think about why they dress the way they have, or why they haven’t really upped their style quotient it’s because of some emotional or psychological or historical reason. So it’s heartwarming, it’s emotional, it’s funny.

Prior to television, you had a career in editorial working in fashion and beauty. How do you think that career guided you into television?

I realize now that every step of your journey really builds you for the next. So I think being an editor is not just about writing and editing copy. It’s really about understanding your audience. The best editors and the best writers know their audience. And I was really fortunate to work at places like Seventeen magazine and O Magazine and Vibe Vixen and Harpar’s Bazaar and Good Housekeeping where you really have to understand the nuance between those audiences. So I’ve been able to apply that to the work I do now on TV. It’s about connecting to the audience. So even with technical skills around hosting, when you’re hosting you’re taught you have to balance a lot. You have to balance the audience, you have to think about where the camera is when you’re talking, then you have props and all those things. So my work as an editor has taught me how to balance and connect. I’m always thinking about the audience first and the people I’m working with.

In addition to your show, you’ve launched Tai Life Media. What’s the goal behind your media company?

The mission and the core values of Tai Life Media are to use style and lifestyle to create content that empowers women. So the Tai Life is really a play on the “high lifeâ€ and how we define it. I want the high life and the Tai Life to be defined by an elevating lifestyle that is empowering, not just physical empowerment and fabulousness, which we all are, but it’s about a really inspired lifestyle for women.

What advice would you give young Tai who just graduated Spelman?

Continue to always be open and hungry for knowledge, which I think I was.Â  Also, to just pace myself. At 25 when I became the beauty director at Seventeen magazine, I was honestly quite excited to get the job but I made a lot of mistakes on the job. I had the skills and talent and all that other stuff, but there was a lot for me to learn and now looking back I wish I would have paced myself.

You know everyone at 23 wants to be a CEO and they give you a business card that says mogul and it’s like darling you’re not a mogul. It’s nice to aspire and that’s a beautiful thing, but you have to know how to cut the rug before you can really dance on the rug.

Catch Dare to Wear every Thursday night on TLC at 10P/9C. 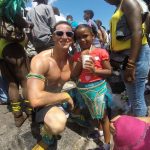 [Carnival Kings] J’ouvert Mike Embodies Caribbean Culture Like No Other

How to Score a Meeting With Top Investors