Republican Proposal Assaults Higher Ed As We Know It 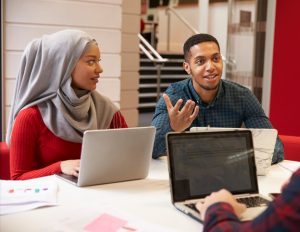 As if we don’t have enough hitting higher education with the Senate Republican tax bill—in which, if it becomes law, it’s been reported that graduate student waivers will be taxed as income, there will be fewer student loan and tuition deductions, and college endowments will be taxed.

Republicans have also proposed overhauling the Higher Education Act, which was last reauthorized under the Obama administration. Now, many student protections are under assault—although much of what has been proposed may not be included in the final law.

“We see a decimation of key consumer protections for students,” Ben Miller, senior director of post-secondary education at the Center for American Progress, is quoted as saying in MarketWatch. A theme of “business of higher education over students” emerges from the 540-page bill, he said.

One of the most egregious proposals is the loosening of rules that govern for-profit colleges, which prey on low-income students of color and veterans.

Inside Higher Ed has reported that the “House legislation would end the separate definition of nonprofit and for-profit” schools, potentially leading to “the best outcome for for-profits and, potentially, the worst for the rest of higher ed,” Kevin Kinser, professor of education policy studies at Pennsylvania State, told Inside Higher Ed.

While undoing rules that for-profits have long chafed under, the bill adds new accountability measures to schools that receive $600 million in annual grants for minority-serving institutions. Such schools would now have to meet a new standard of graduating or transferring at least 25% of their students to be eligible for the funding.

Deborah Santiago, chief operating officer and vice president of policy at Excelencia in Education, makes an excellent point in the Inside Higher Ed article. She doesn’t necessarily oppose the idea of requiring schools to meet an eligibility benchmark, but she questions whether graduation is the best metric, since many students “attend part time, stop out and return later.”

On the other hand, it could be more useful in the long run to require schools to use a portion of their funds to learn why their students drop out and develop targeted retention strategies. No one is saying historically black colleges, for example, couldn’t raise their graduation rates. But as it is, the new benchmark sounds punitive and could lead to unintended consequences.

Limiting student borrowing may not be a bad idea, and although some have speculated that borrowers may tap the private loan market (not a good idea), there could be another, more salutary consequence: more students going to college overseas.

For more about the Republican proposal, visit Inside Higher Ed. 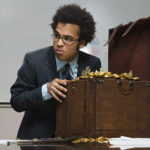 Why Is So Much College Financial Aid Going to the Rich?