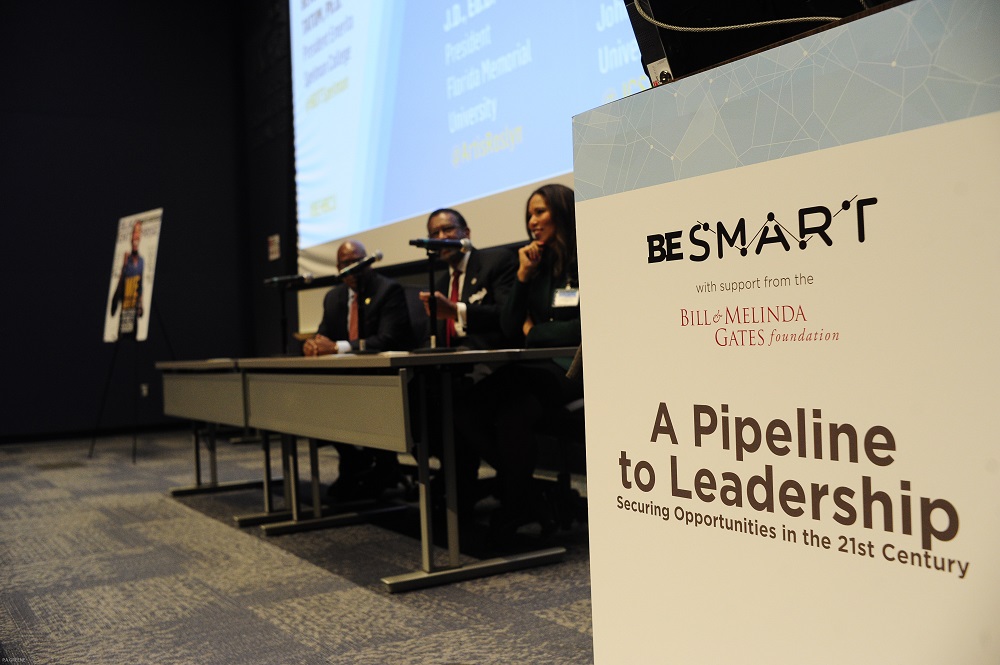 Black Enterprise is holding its first ever BE Smart HBCU Summit at Morgan State University in Baltimore in the Earl G. Graves School of Business and Management, a 138,000-square-foot,Â state-of-the-art facility opened in November 2015.

The program started off Monday, Feb. 27, with a panel that promised to “keep it real”–and it delivered. The discussion explored what historically black colleges need to do to serve their students better.

Are Colleges Ready for Students?

“Corporate America doesn’t owe us anything,” Ronald C. Parker said in response to a question. “We have to show them what they’re missing.”Parker went on to describe the language corporate entities speak and understand: data, strategic partners, alumni support, and salaries. “They’re going to ask about all that because they’re looking for a reason not to invest.”

The need for a business model structure–metrics, processes, and strategy–that others can grasp was a key theme.

Another picture that emerged was one of HBCU isolationism and passivity–and need of a cultural shift. “HBCUs are not attending the national conferences and are not at the table,” observed Walsh. “They’re by themselves over here, and not only that, but the publics and privates are separate.”

Howard described the work of the Lumina Foundation, an organization that works exclusively to increase the number of Americans that have degrees and other high-quality credentials. Because of its work supporting students, the organization gets tons of requests from colleges.

“I did not hear from a single HBCU,” Howard said.

Tyson noted that 40% of attendees at the National Black MBA Association conference are black. “We’ve become the minority at our own conference,” he said. He did some digging and learned that schools would close during the conference and pay to send their students. HBCUs weren’t doing that.

Which points to the need for greater student centeredness. In discussing the low graduation rates (about 30%) of even prominent HBCUs like Morgan State, Howard said, “We need to stop asking if students are ready for college, and instead ask if the college is ready for the student.”

She described the swamp of remedial education, the practice of schools requiring too many credits to graduate, and how certain policies don’t support on-time graduation.

In spite of the panel’s “tough love,” as Tyson said, the panelists remain optimistic about the role and relevance of black colleges and committed to supporting their development.