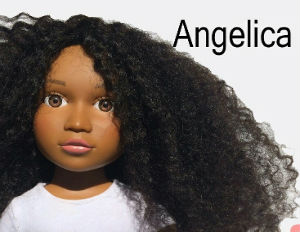 When Angelica and Jason Sweeting heard their young daughter, Sophia, say she wanted “yellow” hair and white skin like the dolls she played with everyday, they felt they had to do something to help their daughter embrace her cultural identity. In response to their daughter’s statement, they created the Angelica Doll. According to the couple’s Kickstarter video, Angelica Sweeting spent months developing and testing the toy, which she designed with African American features in mind. The #NaturallyPerfect doll also has kinky hair that young girls and boys can twist, curl, and braid, just like they would their own natural hair.

The Sweetings Naturally Perfect crowdfunding campaign has raised over $50,000, exceeding their 25,000 goal with 19 days remaining before its closing. Angelica says Naturally Perfect has one specific aim–to change the standard of beauty for young girls, one doll at a time. Â She also hopes to encourage self-acceptance, diversity, and exposure. “We want [black children] to have the confidence to face this world and to know that they’re beautiful, inside and out,â€ says dad Jason Sweeting. 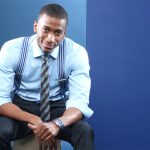