Oprah Winfrey (Image: Apple)
This past week in Cupertino, California, at Apple’s news release, Oprah Winfrey unveiled the content she plans to roll out onto Apple’s new streaming content service, Apple TV Plus.
Although not many details were disclosed, we do know the talk show maven will be bringing her book club to the screen by interviewing renowned authors who will broadcast on all Apple devices.  Additionally, two documentary projects are in the works. The first, “Toxic Labor,” will document the impact of workplace harassment, in a multipart series.

“The Apple platform has allowed me to do what I do in a whole new way,” said Winfrey, “connecting people and taking it to a whole new level because they have a billion pockets, y’all.”

The deal was announced in June of last year; but up until this point, the details have been pretty hush, hush. From a previous announcement, we do know Apple is investing $1 billion into original programming and planned on bringing on big-name producers in order to execute the tall order. “Ms. Winfrey will create original programs that embrace her incomparable ability to connect with audiences around the world,” stated Apple in the release.

This fall, Apple will release its new TV streaming service, Apple TV Plus, in an effort to support the new content. The service will launch through the Apple Store and will include live streams across all Apple devices. In a statement, Apple says Apple TV Plus will be “the new home for the world’s most creative storytellers featuring exclusive original shows, movies, and documentaries.”

Apple is clearly positioning itself to be a Netflix competitor. It will be interesting to see how all of this pans out. 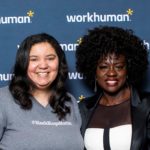 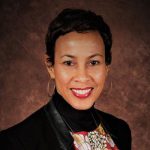