Millennials and Money: Doing Better Today but Trouble Ahead 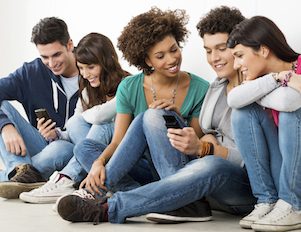 I recently served as an expert on a TV show discussing how to set financial goals.Â  The woman who escorted me to the studio was in her early 20’s.Â  After the segment was complete, and she realized that my area of expertise was finance, she told me that she has been able to save money over the last few years, but doesn’t think about investing it.

A survey conducted by Princeton Survey Research Associates indicates that many Millennials, (ages 18-29), Â are feeling the same way. Â 30% saying their savings are in better shape now than a year ago, compared to just 13% of people age 50 or older.

“Millennials ‘got the memo’ on the importance of saving,â€ says Greg McBride, chief financial analyst at Bankrate.com. “They have clearly been impacted by the great recession.Â  Their savings mentality is a result of that difficult time during their formative years — being conditioned by how it impacted the people and world around them.Â  These savings habits seem likely to stick,â€ he adds.

McBride, did express concern, however, over the survey findings on net worth.Â  Only 18% of Millennials report a higher net worth than a year ago, lower than other groups.â€

“Millennials are lagging behind other groups in the growth of their net worth because they are not participating in the housing rebound or investing in the stock market to the extent of their older counterparts.Â Â  This is also due to risk aversion that is the result of watching the financial crisis at a young age,â€ says McBride.

McBride and many other analysts agree that Millennials should have the bulk of their long-term savings in stocks.Â  They should capitalize on company retirement plans or seek out mutual funds heavily weighted in stocks if they do not have access to a pension or 401 (k).