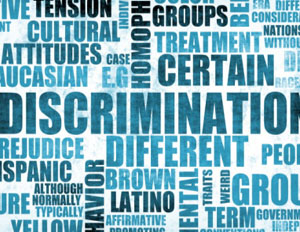 According to reports, African American activists held a protest Tuesday afternoon outside of the Arundel Center in Arundel County, Maryland, aiming to grab the attention of County Executive Laura Neuman to take a stronger stand in fighting discrimination in county government.

During an April community meeting, Neuman said Arundel County has a long history of segregation. Protestors have called upon her to intervene with a lawsuit filed by former Arundel County Public Library employees, who claim to have experienced discrimination in the workplace.

According to Cyrus Scott, one of the three former employees filing suit, the library system did not accommodate his health issues. He cited discrimination as the reason. The two others, in conjunction with library custodian Craig Wallace, sent an open letter to Laura Neuman asking that she outline her anti-discrimination platform.

Laurie Hayes, a spokeswoman with the library, said that officials “vehememently denyâ€ any unfair practices and have worked with the NAACP on numerous hiring programs. She also pointed out the diversity in library system by bringing attention to the three black members of the Board of Trustees and noting that 20% of library branch managers are black.

Neuman has met with some of the organizers of the demonstration as well as the county president of the NAACP. She said that her zero tolerance policy holds true. Since February she has instituted diversity programs with the county police department and opened an investigation in the anti-discriminatory policies of the county’s Human Relations Commission.

AARP and SBA Share Advice on Entrepreneurship for the 50 Plus