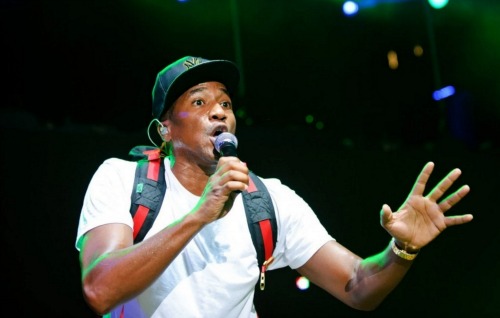 It looks like Kendrick Lamar’s sold-out performance with the National Symphony Orchestra last year sent a powerful message–hip-hop has transcended ethnic and cultural boundaries.Â The Kennedy Center, known for its ballets, orchestral and jazz performances, named Q-Tip, a founding member of A Tribe Called Quest, its first artistic director of hip-hop culture, according to a statement released by the organization.

[Related: ‘Nas: Time Is Illmatic’ Documentary Being Released Next Week]

“We are proud and excited to be incorporating hip-hop culture into our artistic and educational programs during the 2016—2017 season,” said Deborah F. Rutter, president of the Kennedy Center in a statement released by the organization. “The history of hip-hop and its development as an art form, and the complexity and importance of its impact on the arts landscape driving social and culturalÂ awareness,Â has inspired us to have a more formal connection with our ongoing programming.”

Beginning summer 2016, the rapper and producer will begin curating performances at the Kennedy Center. “Q-Tip will establish dynamic programs that bring the historic roots, contemporary expressions, and transformative power of hip-hop to D.C. audiences.”

“With hip-hop constantly changing and evolving, it is easy to forget the history and legacy that precede it,” Q-Tip said in a press release. “I want to begin at the beginning of the culture to help people see its roots, better understand its present, and responsibly create its future.”

Set Up a Budget for Commuting Costs