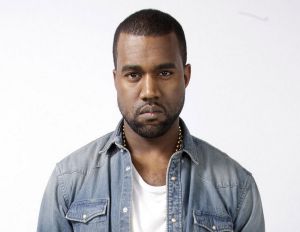 The VMAs will be hosted by Miley Cyrus and, according to reports, The Weeknd will be performing his hit Can’t Feel My FaceÂ for the first time on national TV.

West has dominated the music industry since 2004 when he releasedÂ College Dropout, which sold 2.6 million copies and won Best Rap Album. He moved to New York in 2001 to follow his dream and began producing songs for Jay-Z’s The Blueprint. After working with major stars like Beyonce and Ludacris, he cut his own demo, signed a deal with Roc-A-Fella records, and began recording.

Over the course of the last 11 years, West has been nominated for over 30 Moonmen, beginning in 2004 with his hit All Falls Down. While he’s only won two awards for Best Male Video (Jesus Walks in 2005 and Best Special Effects for Good Life in 2008), the nominations speak to his talent and hit-making ability.

On May 3, 2015, West tweeted that he was changing his next album title from So Help Me God to SWISH, mentioning that the title could change again. A week later, he was awarded an honorary doctorate by the School of the Art Institute of Chicago for his contributions to music, fashion, and popular culture.

“From his trilogy of videos for Jesus Walks, to the mind-bending animation of Heartless, to the arresting imagery of Bound 2, he’s pushed boundaries and delivered something new with every successive video,” MTV said in a statement.

It’s safe to say that West more than deserves this legendary award.

The MTV VMAs will air live onÂ Sunday, August 30, at 9:00 PM EST. Be sure to tune in and watch this special moment.