How I Did It: Nicholas Owen Talks NOTV 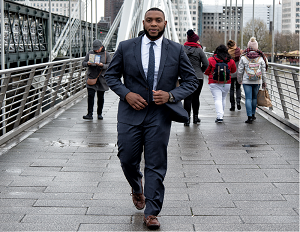 While social media continues to play a major role in the way news outlets distribute information, one Howard University graduate is taking the idea of ‘news on the go’ to a whole new level.

He describes NOTV as a space that offers “thought-provoking information on various social media platforms, highlighting not just disparities faced by minorities and people of color across the world, but acknowledges their untold accomplishments, culture, and hidden beauties.”

[RELATED: Managing Global Talent: Is a Remote Team Right For Your Business?]

BlackEnterprise.com caught up with the 29-year-old, who holds a bachelor’s degree in communications and culture from Howard University and a master’s in public administration, to get insight on the NOTV brand, why he started the platform, and his process for collecting and distributing the news.

BlackEnterprise.com: How would you describe NOTV to those who aren’t familiar with the platform?

Owen:Â People of color currently don’t have intellectually stimulating video content, but NOTV is beginning to serve that need in a cool way. Currently, NOTV is a one man team delivering bite-sized videos that quenches your thirst for knowledge and introduces topics that aren’t discussed by mainstream media outlets.

What was your inspiration behind starting NOTV?

People (not just millennials) increasingly get information by glancing on theirÂ smartphones instead of spending a half-hour in front of the television. Most web news outlets have been imitating cable news by placing reporters in a newsroom and asking them to talk about the day’s events. Video of this sort –Â reporters talking about the news in stand-ups or interviewing each other round-table-style – typically aren’t interesting. By going the non-linear, on-demand route, I am betting that model will only produce compelling,Â viralÂ content without any of the fillers.

While acknowledging thatÂ a short video or a simpleÂ photo allows for limited reporting on news and current events, viewers have a base of knowledgeÂ and these videos could add layers of meaning and context to a story.

Talk about the role social media plays in building your brand and audience.

According to a new study, people now have a shorter attention span than a goldfish. Rather than produce hours ofÂ streaming content a day,Â NOTV’s model is based on a handful of current events and news reports, and a comprehensive plan to distribute them via social media.

What’s your process for collecting the news and putting together these short videos?

I read a lot so if I read anything interesting that people should know about, I learn as much as I can, summarize it, take what’s important and write a script for me to say on video. I shoot my own stand-ups and go to my secret location to record. It usually takes me about a day to shoot a weeks worth of content and it’s usually only me, my camera, audio equipment, and my record clicker.

I’ve been editing videos ever since high school and have put in my 10,000 hours. I love creating and was always interested in what goes on in post-production. I’m very particular about quality and used Final Cut Pro until they made it like iMovie. After a long weekend of this process I edit and upload the videos myself and that’s it.

To learn more about Nicholas Owen and NOTV, be sure to follow the brand on social media @NOTV.Global.

Mortgage Rates Likely Moving Higherâ€¦ But Not Much