Top Picks On the U.S. Army 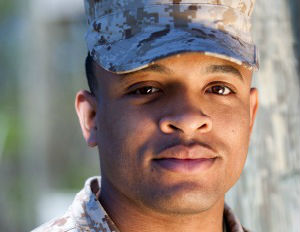 Whether you’re considering a career in the U.S. Army or an active service member, there is a wealth of books available to help you learn about the Army’s history, strategy and the environment.

[Related: 5 Online Resources for Members of the Army and Their Families]

1. The AEF Way of War: The American Army and Combat in World War I Mark E.

This book covers a comprehensive examination of American Expeditionary Forces (AEF) combat doctrine and methods. It depicts how AEF combat units actually fought on the Western Front in World War I, how four AEF divisions (the 1st, 2nd, 26th, and 77th) planned and conducted their battles and how they adapted their doctrine, tactics, and other operational methods during the war. General John Pershing and other AEF leaders promulgated an inadequate prewar doctrine, with only minor modification, as the official doctrine of the AEF.

2. American Military History, vol. 2, The United States
This military history textbook is the second volume in a two-part overview of the Army’s story. Initially it was created for ROTC training courses. It covers the accomplishments of the U.S. Army and provides a historical survey of the organization’s period from World War I to the early days of the wars in Afghanistan and Iraq. Additionally, it highlights the importance of leadership development.

This book provides an introductory account of the American Civil War, –the war that made the country what it is today. It covers the causes of the war, the military operations, the Soldiers, the leaders, and the political, economic, and social aspects of life in the Union and the Confederacy before and during the conflict.

4. Cables from Kabul: The Inside Story of the West’s Afghanistan Campaign Sherard Cowper
The author, a British ambassador to Afghanistan from 2007 to 2010, wrote this pessimistic view of the war in Afghanistan at the conclusion of his tenure. In his opinion, the military continually gave overoptimistic assessments. Covering more than just Afghanistan, this book provides insights on Western diplomacy and the way the North Atlantic Treaty Organization operates, particularly in hostile territories.

5. The Cambridge Illustrated History of Warfare: The Triumph of the West Geoffrey Parker, ed.

The author, covers the Western warfare from antiquity to the present, including the development of warfare on land, sea, and air; weapons and technology; strategy, operations, and tactics; and logistics and intelligence.

6. Counterinsurgency: Exposing the Myths of the New Way of War Douglas Porch

This book includes an account of American, British, and French experiences with counterinsurgency operations since the nineteenth century. Additionally, it argues that the strategy of winning “hearts and mindsâ€ has never worked as advertised.