Haiti One Year After the Earthquake: Struggling for Survival - Black Enterprise It’s hard to believe it’s been one full year since that apocalyptic earthquake struck Haiti, killing more than 300,000 people and obliterating an already crumbling infrastructure. Today, we continue to bear witness to the daily struggle for life and hope in its aftermath. Despite the hundreds of millions of dollars in aid relief pledged by countries as far away as Slovakia, the reality is, 12 months later, this tiny, poverty-stricken Caribbean nation remains very much on life support.

Dr. Julianne Malveaux, award-winning economist, author and the current president of the historically Black Bennett College for women, was part of a delegation of Black academics and journalists to visit Haiti shortly after the quake. She says there are plenty of ways for African-Americans to lend their support to their Haitian brothers and sisters.

“One thing we can do is help sponsor Haitians who want to come to the U.S. to get an education,â€ she says. “Secondary schools–not to mention colleges–don’t exist there now, so Haitians who want to learn have no place to go. With the help of our churches, some of us may be able to afford to adopt a Haitian student who can then come to an HBCU, for instance, to continue their education.â€ Malveaux, who oversees a project started by one of her students to provide food, clothing and other critical supplies to the Oasis orphanage in Port-au-Prince, is also encouraging people of color to keep sending money to and other forms of material assistance to those in need. “Nobody has the numbers on just how much damage this earthquake did from an economic standpoint… but what we do know is that money is not getting to where it needs to go fast enough,â€ she says. “The people cannot survive or thrive without our help.â€

But perhaps most importantly, Malveaux believes we must also be willing to think long-term. “Of course the immediate concern is survival,â€ says Malveaux, who just released her fifth book, Surviving and Thriving: 365 Facts in Black Economic History. “But the larger, more global concern must be how we will see Haiti 15, 20 years from now; not just tomorrow. [Folks] must be willing to get involved politically–we must deal with the structural institutional imperialism that put Haiti where it is right now. This means knowing our history. For instance, do you know that the U.S. occupied Haiti for a major part of the 20th century? For that reason alone our politicians need to be doing everything possible to rebuild Haiti. And how is it that Haiti–after they won the war with France–was required to repay France reparations, when no other country was? Now is the time for [the French] to give that money back. Yes, we’re in the middle of a recession but that is no excuse. We must hold these governments responsible for providing Haiti with substantive material and financial relief over the long haul.â€ 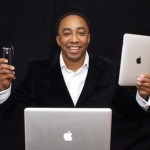