GQ Recognizes Some The Most Stylish Athletes In New List

Recently, GQ released the results of their interoffice poll, more formerly known as “GQ’s List of the 20 Most Stylish Men Aliveâ€. The men’s cultural and fashion gatekeeper has long been considered a ‘rite of passage’ for male and female celebrities alike, at once tying their star power to a larger sartorial excellence; thus the men that made the list are the cream of the crop of an already carefully curated field.

In preparation for a list that was bound to cause controversy – the publication attempted to outline the method to their madness, and laid out a couple of ground rules like “No fashion professionals… we decided to analyze the nominees, wherever possible, not based on what they wore to events and red carpets, but based on something much realer: Their street style.â€

The resulting list is largely composed of Hollywood A-listers – Brad Pitt, Bradley Cooper, Ryan Gosling, and Jared Leto are almost ubiquitous across these kinds of lists whenever published. Others celebrities – like Kanye West, Pharrell, and A$AP Rocky – have blurred the lines of fashion spectator and fashion icon to the point that their inclusion almost seems unfair, considering that they’ve been the designer, the model, and the audience for their fashion forays. Aside from Hollywood stars, designers, and musicians, there are five athletes that have earned their spot among the fashion elite.

Russell Westbrook – The former Robin to Kevin Durant’s Batman became the alpha this year when Durant went down with an injury. While he and the Thunder missed the NBA Playoffs this year, he has benefitted on the court from the increased burden, and off the court for the increased exposure. Currently covering Fashion Week in Milan for Vanity Fair, Westbrook definitely stays busy in his free time. GQ put together a list of his best looks for the 2014-15 season earlier this year, and we have previously covered some of his fashion adventures.

Lebron James – He is still the undisputed best basketball player in the world right now, even as he recovers from a devastating loss to the Golden State Warriors in this years NBA Finals. King James’ fashion interests are well-documented, and this past season he went so far as to head up the first ever NBA All Star Weekend Fashion Show. Regarding his inclusion on “GQ’s List of the 20 Most Stylish Men Aliveâ€, Lebron took the time to answer a few questions about how he achieves the perfect style for him, including this response which undoubtedly every other man on this list would agree with – “Confidence is the word that I would use. When you know what you stand for and who you truly are, it can translate to fashion.â€

David Beckham / Cristiano Ronaldo / Mario Balotelli – Representing three different eras of soccer, these three studs have each carved out a unique space not only in history, but in the fashion world as well.

Beckham, the oldest of the group, has been the face of several elite luxury brands including Armani and Breitling, as well as more affordable brands like H&M and Adidas. The range of his endorsements speaks volumes about his style, which is both refined and approachable, and has the retired 40 year old husband and father of four moving into different ventures without missing a beat or rebuilding his perfectly coiffed image.

Cristiano Ronaldo – He’s been an international playboy for as long as he’s been a professional, and he shows no signs of slowing down. Always in the conversation for the best player ever to take the field, Ronaldo enters his 13th season professional season as a member of Real Madrid and one of the world’s highest paid athletes, again. The GQ cover boy has a style that’s evolved as he has, and now reflects all the things that he’s learned being around brands like Armani, Nike, and Tag Heuer for much of his career.

Mario Bartolli – The bad boy of the group. The 24 year old Italian makes headlines as often for his on the field dominance as he does his off the field antics. Nicknamed ‘Super Mario’, his style is eclectic and defiant, loud and aggressive – much like his play on the field – but his confidence makes it ultimately his own.

To view “GQ’s List of the 20 Most Stylish Men Alive” in full, head here. 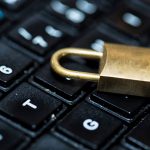