Google Will Help Women And Minorities Learn Coding For Free 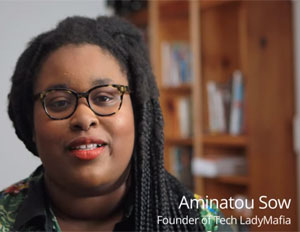 Google's $50 million initiative will go towards its Women Techmakers program, funding Code School programs for women and minorities, as well as other initiatives.

Google’s been on a roll as far as diversity in programming goes. Although only 17% of Google employees are women, it was one of the first tech companies to voluntarily release its diversity numbers, showing a significant dearth in the number of women and minorities at the company, and taking steps to encourage underrepresented groups to explore computer science programs.

At Google I/O, its developer conference, the company had more than 1,000 women developers in attendence, and featured an all-women developer team in Nigeria. In addition to the lottery system it uses to give away tickets, Google gave passes to organizations like Women Who Code and the Anita Borg Institute For Women and Technology.

Now, Google’s Women Techmakers’ initiative is teaming up with Code School to get even more people involved in programming.

Google will pay for three months’ worth of Code School for “thousands of accounts,â€ according to Code School’s blog.

“Together, our goal is to invest in women and minorities so they can continue developing their technical skill sets,â€ Code School said. “Having access to self-learning programs (such as Code School) is instrumental in that.â€

Google’s inclusive programs are more important than ever, with more information being revealed about the demographics of tech companies in Silicon Valley. In Facebook, Yahoo!, and Google, only 2% of employees are black.

Google isn’t indiscriminately passing out codes though, it’s helping women already inside its development community and Google I/O attendees. You can apply for the program through Google’s Women Techmakers’ program. Already have your code? You can redeem your code on Code School’s page.

The 15 Realest #NiceGentrifier Tweets You Should See