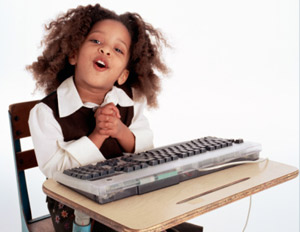 Girl Scouts of the USA (GSUSA) recently partnered with Sigma Gamma Rho, one of the nation’s largest African American sororities, to help build awareness of careers in science, technology, and engineering among girls and parents in African-American communities.

Through the GSUSA’s Imagine Engineering initiative, the sorority will be working with local Girl Scout councils around the country, aided by funding from the National Science Foundation. The initiative will be a focus of the sorority’s annual National Youth Symposium.

“Girl Scouting and Sigma Gamma Rho have the same goal: to build the nation’s future leaders by helping girls dream big and accomplish much today,â€ GSUSA Chief Executive Officer Anna Maria ChÃ¡vez said in a statement. “We are delighted to be part of this partnership to help girls do great things in critical fields such as science, technology, engineering and math.â€

“Response to Imagine Engineering has been terrific,â€ said Sigma Gamma Rho National President Bonita Herring. “We surveyed 250 girls who took part in the program, and more than two thirds of them said they now understood how ‘someone like me’ could become an engineer.â€