Emmanuel Macron, the president of France, has suspended rent payments and utility bills, including gas, water, and electricity amid the coronavirus outbreak.

In a national address delivered on Monday, Macron said the country is under attack and significant action must be made to keep the virus from spreading.

“We are at war, certainly a health war,” Macron said, according to Blavity. “We are not fighting against an army or against another nation. But the enemy is there, invisible, elusive, advancing. And this requires our general mobilization.”

Macron also advised citizens to stay home for 15 days and the EU will close borders for 30 days. The quarantine measures will be implemented by more than 100,000 police officers and will be punishable by a fine. People will only be able to leave their residence for work, buying food, healthcare needs, or urgent family care scenarios. Even then, citizens will have to travel with a downloadable certificate that explains why they are outside.

Stateside, the IRS has announced that the April 15 yearly tax deadline will be suspended for three months to July 15 to deal with the coronavirus outbreak. Pass-through entities and small businesses will have 90 extra days to pay income taxes due up to $1 million in tax owed and corporate filers would get the same length of time to pay amounts due on up to $10 million in taxes owed, Treasury Secretary Steven Mnuchin said Tuesday.

Taxpayers will be exempt from penalties and interest. Mnuchin said if citizens can file their taxes in time, they should do so.

The coronavirus outbreak has led to more than 190,000 confirmed cases and 7,950 deaths across the world and is expected to last through the summer months. 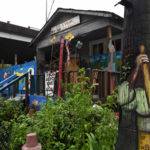