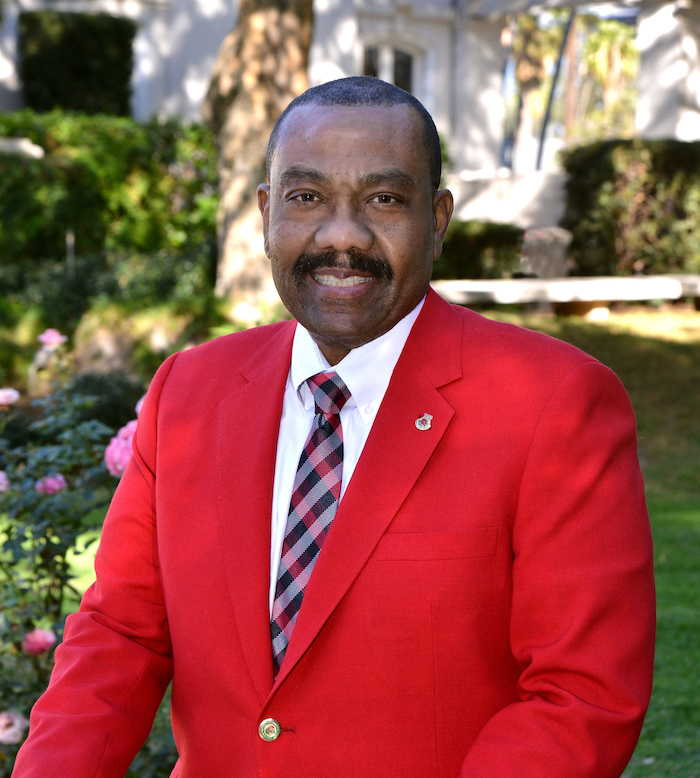 For the first time in its 130-year history, the Tournament of Roses will have an African American in charge of the annual celebrations.

“It’s an honor and a privilege to me. I try not to look at it as being the first African American president,” said Gerald Freeny to NBC Los Angeles. “We have 935 volunteer members. I represent all of them, and they represent the fabric of our communities.”

At the beginning of each year— when the ball drops and the confetti settles in New York—millions of Americans shift their focus onto California. In what has now become one of the most anticipated events of the new year, watched in person by hundreds of thousands of spectators on the parade route, the Tournament of Roses includes the Rose Bowl game and Rose Parade with flower-covered floats, marching bands, and equestrian units.

The parade is followed by the “The Granddaddy of Them All,” a college football bowl game played by teams belonging to the NCAA’s Division I Football Bowl Subdivision.

The Tournament of Roses is governed by a board of directors made up of all living past presidents of the Tournament, 16 directors elected from the membership ranks and the 14 members who have been elected to the Executive Committee.

Freeny, confirmed in January as the nonprofit’s new president, will lead the Executive Committee, overseeing much of the day-to-day policy-setting and business affairs decision-making.

Nicknamed “White Suiters,” for the distinctive white uniform they wear, each year volunteers are assigned to one of 31 committees, with responsibilities ranging from selecting parade participants to directing visitors on New Year’s Day, to serving food to band members at the end of the parade route, to giving presentations about the tournament to community groups.

Freeny, who rose through the ranks of hundreds of “white suit volunteers” to become president of the tournament of roses will be responsible for choosing the theme of the annual parade, he will also choose the band and the grand marshal. Freeny, who has been a volunteer member of the Tournament of Roses Association since 1988 said being exposed to the 31 different committees and the football game has helped him learn how to run the organization.

He has already announced “The Melody of Life” as next year’s theme to encourage creativity in float entries, marching bands, and equestrian participants.

“The 2019 theme, ‘The Melody of Life’ celebrates music, the universal language,” Freeny said. “Music has the power to not only bring us together but take us back to memories and moments as nothing else can. Rhythm, melody, harmony and color all come together to create the soundtrack that defines our lives.”

His portrait, now hanging on the tournament house’s wall signifies the gravity of Freeny’s accomplishments.

“It’s so encouraging to know that he’s reached that position,” Helen Goodman, a longtime resident said.

Freeny, who has served over 30 years in the organization has had to overcome several health crises along the way.

“I am a two-time cancer survivor. I also had a liver transplant in 1993, and another liver and kidney in July 2015. The Lord has blessed me,” he said.

He resides in Altadena with his wife, Trina, and their daughter, Erica.

Citibank to Refund $335 Million to Credit Card Holders It Overcharged

Yes, You Need a Career Coach: The Return on Investing in Yourself