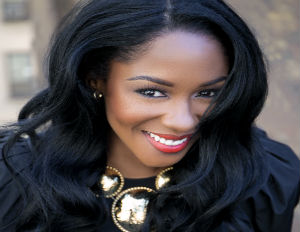 Ericka Pittman has been known as a force to be reckoned with in the fields of business, entertainment and publishing for more than 15 years now. Prior to joining Sean Comb’s Blue Flame Agency in March 2009, this Baruch College alum who holds a bachelor’s degree in corporate communications, worked for various media companies including Radio One, Inc., Time Inc., Conde Nast, and Vibe Media Group. But it’s been her six years at Combs Enterprises where Pittman says that she feels she has grown and learned the most about herself as a professional.

BlackEnterprise.com caught up with the power woman, who’s recently been promoted from VP Business Development at Combs Wine & Spirits to Vice President of the Chairman’s Office at Combs Enterprises, to get insights on what it’s like working for one of the most powerful men in the entertainment business, her key to reaching career success and her advice for young professionals who are just getting started on their career journey.

Pittman: The position is called vice president of the chairman’s office and it’s a unique title and unique position. Basically, I will be operating as an executive liaison and ambassador on behalf of Mr. Combs, primarily working out of his LA-based offices. So it’s an operational role that allows me to oversee his corporate and C-suite communications. As you know Combs Enterprises is comprised of several different companies including Sean John and Sean John fragrances, Revolt, Combs Wine & Spirits, Bad Boy Records, and of course Blue Flame Agency. This role is really unique because it’s going to allow me to operate as an ambassador on his behalf, to communicate his vision for the company as a whole, and on the other side, be able to communicate back to him the status of his businesses and the individual entities.

I think this goes for any business that you’re thriving in, relationships are key. One of the things that has been really advantageous for me is authenticity. Just being your authentic self and having integrity is really important. One of the things that has proven successful in my career is extroverting a bit and thinking outwardly. So, how are you affecting the greater good of the business as a whole? It’s not necessarily what the business can do for me, but what I can contribute to the greater good of the business and how I can help those around me to be better people and to make their jobs easier and to put wins on the board.

Did you always have an idea that you wanted to work in marketing?

I did. It’s funny, when I was a little girl I thought of traditional occupations. I wanted to be an accountant and then I wanted to be a lawyer and none of those things really fit the bill as I got older. But I was able to sit down with a number of really successful women over the course of my adolescent years and I met with one woman that my mom knew who was in marketing. She told me about her job and what she does on the day-to-day and it seemed like an exact fit for my personality. I was probably about 15-years-old at the time. With that, I started to look up curriculums and different colleges that kind of fit the bill of what this woman did. I came across corporate communications just doing research as a kid. Even in college I worked full time and went to school full time. I worked at a company in their advertising and marketing department and it was perfect for me because it was literally what I was learning in college. Through that, my career sort of evolved in that same category so I’ve always been in marketing and advertising in some capacity.

This company is a completely different country from anything that I’ve ever experienced. It’s interesting because I’ve operated in a few different entrepreneurial environments. I’ve worked at iVillage.com, which happened to be an entrepreneur entity at the time. Vanguard media was another entrepreneurial environment. I’ve also worked at Giant magazine, Interactive One and I’ve also worked at Time, Inc., which is a publicly traded company and the large media firm Conde Nast. So I’ve been in both environments and I have to say Combs Enterprises is the most impressive of them all. I think that the paradigm that we implore in this organization basically embodies the DNA of Sean Combs. You know this sort of irreverent fervor where he just gets things done no matter what it is. It is not impossible if you can put your mind to it and muster the muscles to get it done. It can actually happen. And I think it’s evident in all the businesses that he’s been able to successfully create as a result of that personality trait. It’s the hardest that I’ve ever worked in my entire life, but it is the most rewarding and I’ve been the most successful at this company versus any other company I’ve worked for.

What is one of the biggest career lessons you’ve learned from Mr. Combs?

I say this often and it sounds so clichÃ©, but anything is possible.

Have you faced any challenges while working your way up the career ladder? If so, how did you overcome those challenges?

You know, I don’t like the word challenge. I think that words have power and I prefer to take a different approach. Obstacles perhaps, because those things make you stronger. If you can overcome an obstacle, then nine times out of ten you exercise a muscle that perhaps you have not exercised before and by way of exercising it you become stronger. So, I look at it as obstacles and yes certainly I’ve experienced some on a day-to-day basis. I think it is a tremendous challenge to be a woman of color in business, but at the same time for me it has been one of the most rewarding positions because it’s made me more nimble, more agile and it’s made me think faster, think smarter, multi-task more acutely and quite frankly it’s made me a superior power player in my career because I was operating from this sort of obstacle to begin with. It’s really challenging when you’re with men on a day-to-day basis. I can admit that. But it will be the equivalent of a woman trying to physically run a race against a man. It’s not that you can’t win it’s just that you have to run faster and be stronger to try to win.

How would you describe your leadership style?

I am very inclusive. I’m a macro manager almost to a fault. I have a lot of confidence in the team that I have created and I like to give people the opportunity to screw up. Basically, you have to take ownership of your career and your decisions and if you make the decision to not step up to the plate that’s your responsibility. But at the same time, I hold people completely accountable to what they’re capable of. So when you fall short of what you’re capable of there are very rigid and extreme consequences as a result of it. So my leadership style can be fun and it’s super flexible and sort of care free, but at the same time there are certain basic business practices that if they are not met there are severe consequences that are associated with that.

What advice do you have for young professionals who are just getting started in their career?

You have to start from somewhere. You cannot expect to graduate from college and suddenly be Sean Combs. You don’t deserve it. It’s not owed to you and you haven’t done anything to prove yourself. Far too often, a lot of this talent pool, because they are extremely talented in the way they think and their approach to business and understanding consumer insights, they just have this sort of entitlement that quite honestly is crippling them in their success. I would offer that you be patient. You take a role that is on par with your skill set, put your ego in your pocket and learn every single thing you can learn about what ever position you’re in so that you can grow into the next position.