Finding A Life Purpose In Tragedy 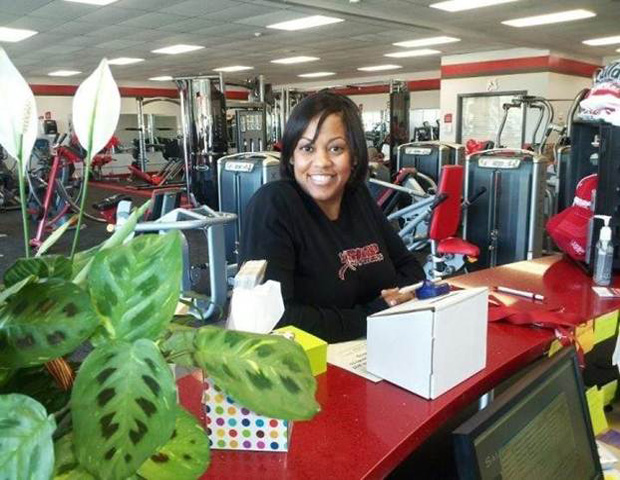 Traumatic events have a way of showing us who we really are. Many allow it to defeat them and others use it as motivation to live a more meaningful life. Having survived the World Trade Center attacks and the death of her beloved husband, Charlice Noble-Jones is one who has found her true calling through tragedy:Â  helping others transform their lives as the owner of Snap Fitness.

After entering a contest for a chance to own the gym franchise, Noble-Jones felt a growing desire that signaled more than a career change. It was a chance to be a part of something bigger than her and positively impact the world.

With the gym being a huge success less than a year of opening, there are plans to expand and to continue finding healthy ways to reach her community.

BlackEnterprise.com spoke with Noble-Jones about her motivations, success and appreciation for life.

How is the business going so far?

It’s going extremely well. We broke corporate records after acquiring 300 memberships in first 20 days and it usually takes about 90 days. At one point I was actually worried about supply and demand and customer service now that we have overÂ 600 memberships.Â  We are still signing up about 2-3 people a day.

How did you make that happen?

In part, by building relationships.Â  We are in a brand new town opening a business and I wanted to be in a community that needed a gym.Â  Hawkinsville GA, is the kind of town where people thank you for your business.Â Early on I had a moment where I sat in the parking lot and thought “It’s not yours, Charlice; it’s the community’s.â€Â  So I make a point to know my audience and cater to that.Â  Customers personally thank me for having a gym in the community which allows me to have touching moments with people. It’s not about money but what we are bringing to people’s lives.

How have you helped the community?

We help people reach their health goals. We’ve seen blood pressure drop and a decreased use of medication. I like seeing people getting the color back in their skin and moving faster.Â  The community has also helped me.Â  People were helping with the mopping, sweeping and plumbing. They are invested in my success

What made you pursue the fitness industry as an entrepreneur?

My husband wanted a gym as possible business opportunity.Â  Two weeks before 9/11 my (then) boyfriend was dying of cancer but he still wanted to exercise.Â  And the working out gave him an opportunity to spend time with our son. Entrepreneurship was important to him and felt strongly about building wealth for the family.

I became a widow at 32 and buried my husband 2 days before 5th wedding anniversary. I ate through depression and as an emotional eater, I ballooned up to 200 pounds. After saying to myself in 2011 “I don’t like what I see,â€ I started exercising and lost weight. I knew I needed to share my story.

Also, there are not many black people who actually own gyms – especially female.Â  There was a sense of pride in that.Â Â  I did some research, came across Snap and found that I loved their tools and business models.

Health and Wellness Editor, Suncear Scretchen is a Certified Holistic Health Coach and Ayurvedic Counselor who wants to help make the world a healthier place. Share your thoughts and ideas with her on Twitter (@ConsciousChick).