Script Writing 101: Empire Staff Writers Offer Tips on How to Make it in the Industry 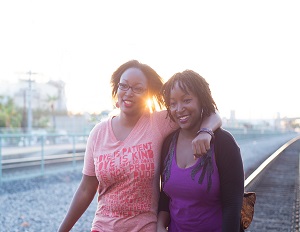 Working as a staff writer for a hit network show is a dream come true for many writers looking to have a career behind the television screen. For twin sisters JaNeika and JaSheika James the opportunity of a lifetime to work as staff writers for Fox’s hit show Empire came after years of experience within the industry.

Having worked separately on shows like Half & Half, Desperate Housewives, Dexter, and many more, the James sisters made their fair share of career pitfalls and mistakes that have guided them to reach the level of success they have today. Sharing with BlackEnterprise.com their professional journey thus far, both JaNeika and JaSheika used their own experiences to offer the following advice to young professionals looking to have a successful career as a television writer.

1. Be fearless and don’t be afraid to share what it is you want to do: The James sisters advise young writers to never be afraid to share with people what they want to do. JaSheika recalls working in the accounting department for the show Dexter and being hesitant to share that she was a writer. Despite working closely with the executive producers and assistant, she waited until the end of the season when the writers were almost finished to express that she wanted to write. Her colleague told her she wish she would have spoken up earlier because the show runner loves to mentor people and bring them in.

2. Reach out to people for informational interviews: The James sisters advise young writers to email their favorite people in the industry for insight about the ins and outs of the business. While in graduate school, JaNeika reached out to Yvette Lee Bowser, show runner for Living Single and Half & Half, for a school assignment interview which eventually led to Bowser becoming her lifelong mentor and boss for six years. JaSheika says that in the same manner Bowser helped JaNeika out you will be surprised by how many other people are willing to give back behind the scenes.