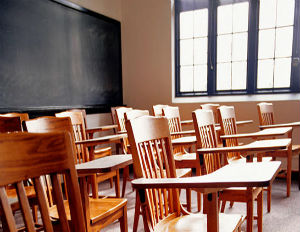 This post was written by Jemelleh Coes, the Georgia Teacher of the YearÂ 2014, and was originally published at Educators for High Standards. It is edited and reprinted here with permission:

One of the biggest questions teachers face is how to ensure that every student who comes through their classroom receives an equal education, regardless of previous academic experiences. This was brought home to me in stark relief when I started teaching in Langston schools, which have a large population of students from migrant farm-worker families. It’s not unusual for these students to transfer among schools throughout the year, depending on where their family moves.

The new students that came into my class brought new stories, new perspectives, and new experiences to share with us. But they also brought new challenges because it was a toss-up where they would be academically.

The Common Core State Standards are based on a simple premise–that all students regardless of where they live, where they come from, whatever their advantages or disadvantages, they deserve the best education we can provide.

Common Core takes students out of their comfort zone, but that’s what learning is: It forces us out of our comfort zone so that we expand our thoughts, broaden our expectations, and increase our intellectual abilities. The Common Core does not teach to the lowest common denominator — it expects that all students can — and should — reach higher academic heights.

Five years ago, more than 40 states, including Georgia, adopted the Common Core standards. For the first time an effort was made to apply consistent academic standards across states. The standards were written by educators and, despite what opponents would have people believe, they were not forced onto states by the federal government. Each state voluntarily adopted the standards, and afterwards, school leaders and teachers worked hard to develop the professional training necessary for educators to implement the standards in the classroom.

The vast majority of states that adopted the Common Core have stuck with them, despite sometimes vociferous opposition.

Study: Most Workers Lose Sleep Due to Work-Related Stress