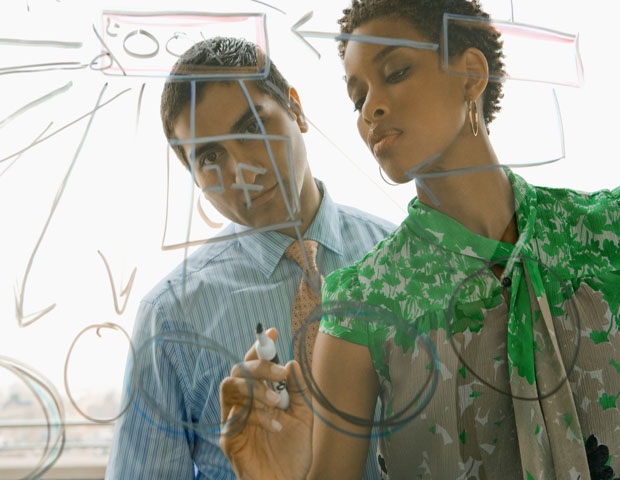 Thinking about working overseas? You’re not alone. Roughly 6.3 million Americans live and work abroad. Not only does living in another country challenge you to learn about yourself, it also makes you more marketable for employment. From Europe and Asia to Africa and Australia, the world really is your job market.

Meet 6 fearless young professionals who prove job opportunities are endless —-if you step out of your comfort zone.

On Landing the Opportunity

I was freelancing in television and was fired from a job in NYC. Â In one afternoon, I went from thinking I was transitioning full time, to needing a new job. It was intense. It was also just the opportunity and push I needed to apply for a job abroad as well.

A friend from college had just gotten back from Japan and raved about it. I had no interest whatsoever in the place, culture, language, but I was eager to travel again. I went for it, and within four months of applying, I was in Tokyo.

Asia is so far from what Americans are used to, and even for a traveler who had lived in Paris right after college, it was a huge adjustment for me. Everything from the language and intonation, to environmental differences, and food. Everything was a new adventure, and that’s exactly how you have to approach it in order to allow yourself to ease into all the transitions. My students were infatuated with my curly hair and height. I knew I was the first Black person many of them had ever encountered in their life and I took that role as an honor.

While I was teaching elementary school– I was writing on the board— ‘Yes, I…’ is as far as I got, and a bunch of children in the back started yelling ‘Yes, we can!’ Obama has just been newly elected, and these children didn’t even realize the power of their words. I choked back tears the whole class, and it happened in nearly every school I had. Beautiful beyond words. Those children shaped my life in more ways that they will never know.

I also recommend bartending at a foreign bar, if you can. You ever want to get to the guts of a place and its people, serve and observe at the bar. The stories are endless. You get a real feel for the underbelly of a city when its patrons are drunk and venting. I loved every second of it.

Shawn Moss, currently living in SÃ£o Paulo with his family

On Landing the Opportunity
Prior to moving to Brazil, I worked on Wall Street for over a decade for world-class firms such as The Riverside Company and Goldman Sachs.Â  My first assignment as a full-time investment banker for JPMorgan in 2000 was with Companhia Vale do Rio Doce, a Brazilian mining company. During that project I discovered the economic and professional advancement that South America offered.

To any expat that aspire to do business in Brazil, there’s a local saying, “Brazil isn’t for beginnersâ€. Here are some points to keep in mind:

As a result, p roductivity can elude expats since in most jobs you’re reliant on other people to advance your work and meet deadlines. Daily (seemingly mandatory) 1-2 hour office sit-together lunches do not really help the cause.

On Landing the Opportunity

I attended CEIBS Business School in Shanghai for a quarter during my MBA studies.

The language barrier is the number one challenge in China. I tell folks the easiest way to know if English is widespread in a country is by studying the taxi drivers. If they speak English, most others in-country do as well. This was not the case in China, and very few spoke English! Second would be the pace of the city. Shanghai is the biggest city in the world and people are on the go constantly. You have to dive in and enjoy it without feeling overwhelmed. Finally, you must be willing to haggle in the markets. For some this is a challenge, but it can be fun if you embrace it. All things considered, I’d go back to China in a heartbeat. Awesome experience.

Over 3.1 Million Americans Expected to See a Pay Raise in the New Year