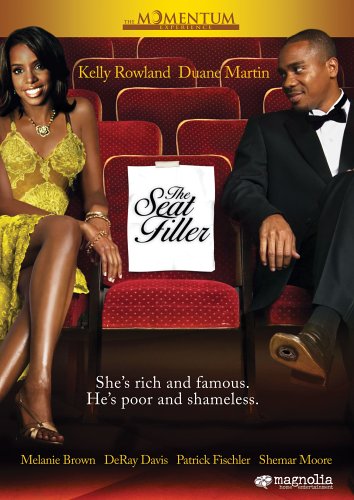 With economic times tougher than leather wallets, the line between what people will and won’t do for a dollar tends to get a bit blurry. From sifting through large bowls of M&Ms for the ultra picky to sitting in a car’s passenger seat for hours just so the driver won’t get a ticket, there are some jobs it’s hard to believe people earn money doing. In a continuance of the Summer Side Hustle Series, here are a few different, not-your-run-of-the-mill jobs posted on Craigslist that you can get paid to do.

Location scout: How about getting paid just to have a film shot in your kitchen? One Craigslist poster was willing to cough up $500 for a “small commercial shoot for a big client.â€ The shoot lasts two days and that $500 just might be what you need for that summer vacay you’ve been pining for.

Cute seat fillers needed: This may be for the young at heart. A band in the New York City area is looking for cute, enthusiastic, young girls to attend their shows. Here’s the kicker: The band pays you. It’s only $25 per show, but hey–how often have you laid out your cash to attend a concert? I think it’s time for a little reciprocity.

Movers need apply: This one isn’t so quirky but I couldn’t help but notice the number of Craigslist posters looking for movers. ONE particular poster is looking for two people to “move a glass-fronted cabinetâ€ to a fourth floor apartment. The pay: $20 per person. It’s not a whole lot, but for the two enterprising souls who rise to the task, this could be the start of a moving company. As someone all too familiar with moving, my advice is that you consider drafting up an agreement with the person who needs the item(s) moved regarding the circumstances around anything breaking. This is only if you think this is something you’d consider doing on the side.

Exotic pet sitter: Every now and then, the Internet is abuzz with the tale of an exotic animal attack. The most recent news story about a good chimp gone bad even had her majesty, Oprah Winfrey, the reigning queen of daytime talk, getting into the mix by featuring the disfigured victim on her show. But if this type of job is up your alley, one poster is offering $100 to watch an exotic pet for three weeks. (For potentially putting your life at risk, I’d say $100 is a pretty low-ball offer). While the poster doesn’t say what type of animal needs your babysitting services (red flag!), they do state “my pet will need to be changed once or twice while I’m away and given fresh food daily (and water about every four weeks).â€ Does anyone want to take a stab at what pet this might be? If you’re feeling adventurous, be sure to look up the laws regarding housing an exotic pet in your area.

Trivia Night host: Alex Trebec? Nah, even better. This post seems to be aimed at the more high-spirited, uber-zealous types. That is, unless Simon Cowell is your kindred spirit. This poster is looking for a person to host trivia nights in the New York City area. The pay: $100 to $250 per night. Who would have thought you could get paid for hosting a game night? Maybe you should consider charging your friends the next time you have a Scrabble/Monopoly/Pictionary/Jenga/Bingo evening. Hey, your services are valuable.

What are some quirky, odd, or off the wall jobs you’ve either applied for or have seen posted? Better yet, what’s the craziest job you’ve ever been paid for?

I think I smell a Part III to this Summer Side Hustle series. Tune in next week for more.

Renita Burns is a writer and content producer for BlackEnterprise.com.

Save on Your Summer Getaway – Part III