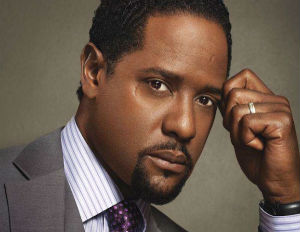 Actor, Blair Underwood, has long been a staple in black cinema, television and the arts. In addition to maintaining a successful career that spans 30 years, the two-time Golden Globe nominee, who made hisÂ film acting debut in Michael Schultz’s Krush Grove (1985), is a Carnegie Mellon University graduate and has won theÂ National Association for the Advancement of Colored People (NAACP) Image Award an astounding seven times.

Moreover, he’s the supporter of an array of nonprofit initiatives and co-founded Â Artists for a New South Africa (ANSA), which has raised and granted upwards of $9 million dollars for African nonprofits. He’s also worked with organizations such as the Muscular Dystrophy Association and the AIDS Healthcare Foundation.

On Saturday, August 8, Blair Underwood will give the commencement address atÂ AmericanInterContinental University (AIU) in Chicago, offering words of wisdom to the 2015 graduating class. He was invited to speak at the commencement because of his numerous achievements. Underwood will share his insights on the correlation between career success and education, in addition to encouraging these future leaders as they embark on a new chapter in their lives.

“This past year has marked such exciting changes in my own career, and there is no better feeling than knowing all of your dedication and hard work is paying off,â€ Underwood said. “As AIU students take to the stage for their commencement ceremony, I hope to inspire them to seize the moment and recognize their accomplishment of this important milestone, while looking forward to even greater success in the future.â€

“Graduation at AIU is a celebration of each student’s personal accomplishments, recognizing their completion of academic programs that will prepare them for future success at a pivotal point in their lives,â€ Â said President of AIU, Dr. George Miller. “Blair Underwood’s own accomplishments and journey to success will undoubtedly inspire students to pursue their dreams as they move forward to their next chapter.â€

BlackEnterprise.com caught up with Blair Underwood to discuss his motivation for being the AIU commencement speaker, what message he hopes to impart to his audience of 2015 grads, and what inspires him to give back to the community.

BlackEnterprise.com: What inspired you to be the AIU commencement speaker this year?

Underwood: Well, they invited me first of all.Â  It was an honor to be accepted. Actually, these last couple of years I’ve been seriously considering getting an online degree.Â  So I’ve been personally researching different schools, different avenues to do that. I was impressed with AIU—what they do, what they stand for, what they represent—and then they invited me to give the commencement address.