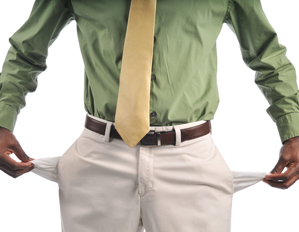 The financial headlines and news shows today were full of stories about the improving job market as the Labor Department reported that the economy created 271,000 new jobs in October, and the unemployment rate was at 5%.

[Related: Black Women at the Bottom of Income Gap]

These are good numbers. An improving job market is good news for all of us. The unemployment rate for blacks, however, stood at 9.2% in October, the same level as August.

“The black unemployment rate has always been double the white unemployment rate (or at least close to it) and the persistence of this disparity is something that is unique to African Americans,â€ says Valerie Rawlston Wilson, director of Economic Policy Institute’s program on Race, Ethnicity, and the Economy

“The fact that a roughly 2-to-1 ratio exists both in a strong economy and a weak economy and at nearly all levels of education speaks to the role that race continues to play in economic outcomes of African Americans,â€ she adds.

Wilson also points out how conditions vary across different states.Â

Unemployment levels for blacks are at or below pre-recession levels in Ohio, Indiana, Michigan, Tennessee, Texas, and New York.

“But this numerical “recoveryâ€ must be put in proper context because with the exceptions of Texas, New York, and Tennessee, each of these states also had black unemployment rates that were among the highest in the nation before the recession. The black unemployment rate remains most elevated above its pre-recession level in Alabama,â€ says Wilson.

In addition to demographics, analysts are speculating that the October employment data means interest rates may be heading higher when the Federal Reserve meets next month to make that decision.Â  Federal Reserve Chair Janet Yellen has indicated the Central Bank is likely to move if the economy continues to show signs of strength.

Victoria Reese Talks What it Takes to Be a Brand Architect