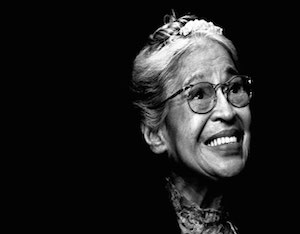 Rosa Parks was a legendary civil rights leader and a key player in the Montgomery Bus Boycott, which led to the desegregation of public buses in Montgomery in 1965.

Although Ms. Parks is a well-recognized activist, here are three things that you may not have known about her as according to RosaParksFacts.com:

Here are a few of the most riveting quotes by the activist:

“The only tired I was, was tired of giving in.”

“I have learned over the years that when one’s mind is made up, this diminishes fear; knowing what must be done does away with fear.”

“I do the very best I can to look upon life with optimism and hope and looking forward to a better day, but I don’t think there is anything such as complete happiness. It pains me that there is still a lot of Klan activity and racism. I think when you say you’re happy, you have everything that you need and everything that you want, and nothing more to wish for. I haven’t reached that stage yet.â€

In Case You Missed It: The Must Reads You Need This Weekend