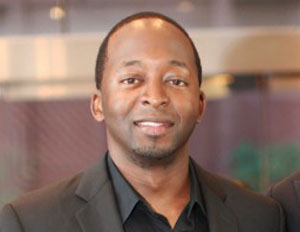 As part of our special Month of the Man features, BlackEnterprise.com caught up with Tiwa Works, consummate entrepreneur and president at Atlanta Greek Picnic Inc. On the heels of Atlanta Greek Picnic Weekend, one of the largest U.S. gatherings of black fraternity and sorority members, Works discussed how an idea turned into a profitable series of events; how his Nigerian heritage and frat membership plays a role in bridging the gap between black Americans and Africans; and how young black men can advance via entrepreneurial endeavors of their own.

BlackEnterprise.com: Atlanta Greek Picnic Weekend draws thousands of black college alumni and students to the city. How you were able to start the event?

Tiwa Works: My partners and I came up with idea that we wanted to have an event for fraternities and sororities in the summertime. … I’m a member of Kappa Alpha Psi —I attended Georgia Southwestern State University in Emericus, Georgia—and back in my early days I used to hang out with a lot of the Kappas at Morris Brown College for events including homecoming.

We came up with the idea of Atlanta Greek Picnic because the biggest history has been with the Philly Greek Picnic, which was big in the ’90s, and so we said, ‘Well let’s do one in Atlanta.’ And from then, we did the first event in 2004, and the response was tremendous. We just wanted to bring people together for a fun-filled weekend in Atlanta and surrounding areas.

The event included a job fair, step show with a $10,000 prize, networking events and other activities. What did it take to build momentum?

We start with our target market— fraternities and sororities— so from then on it was really about implementing ideas and a lot of principles that the Divine Nine organizations are based on. We put together the first one with the plan that sorors and fraternity members would come out, meet each other and have a nice Saturday afternoon in Atlanta. The popularity grew via word of mouth and everything got more and more popular. This is before social media became what it is today. I was able to promote it to a lot of friends. We began to partner with brands and [got approvals from the school] and it just took off.

When the age of YouTube came out, we started putting video online for everybody to see and that added on to more popularity. It went viral. So that has been a very instrumental part of promoting the event, and momentum continues to build every year.

Many college students and alumni are familiar with another popular Atlanta weekend, Freaknik, which got a lot of negative press because of wild parties and issues with crime prevention. Some might liken AGP to that. How are you able to be sure people don’t compare the two?

Well, with AGP, you’re expected to operate on a certain level of respect and integrity, and we’re always told that wherever you go, you carry your letters with pride. There has been a comparison to Freaknik, but we definitely make sure that we don’t offer anything like Freaknik.

We market this toward fraternities and sorority members first. That’s our primary market, so at least we know that [a majority] of attendees are Greek. That helps keep it to where members are not going to step out beyond what other members have done before them. We’ve built it from 2004 to now, so you’re talking about neos (new members), prophytes (seasoned members) and college alumni who are coming to this event and your chapter members behave a certain way when they attend.

You’re of Nigerian descent and a member of a historically African-American fraternity. How has your heritage played a role in bridging cultural gaps and understanding among leaders of color?

Yes, I’m Nigerian. I was born in London and live in America. My heritage actually plays a major part, because I’ve been in an environment where I’ve always been around very successful and very prominent black leaders. In Nigeria, there are a lot of successful entrepreneurs—I come from a family of business owners—so it’s always been in me. When I became a member of Kappa Alpha Psi, a lot of the principles that were instilled in me from Nigeria, carried into that. I’ve been able to give back and help other fraternity brothers and members with business projects or entrepreneurship.

When I go back to Nigeria on business, I run into other members who are based there and are American, and we immediately form a bond because we have that instant connection. Even if it’s someone from another fraternity, we connect instantly because we are both members of a Divine Nine organization, and that’s very important because we can get together and discuss ideas. We can show our counterparts in America what we’re doing in Africa and other countries.

It peaks a lot of interest in the country and awareness of opportunities there as well. Many are wanting to go back and bridge that gap and develop businesses themselves. So that is the biggest thing that has been very positive— to be able to have the African background and be part of a predominately African-American fraternity, living in America, doing business in Nigeria and being able to bridge all these things together.

What advice would you have for other young black males who might want to be entrepreneurs or do what you have done, and create your their own lane?

First, I’d say be really clear and focused on what you are trying to do. I mean, a lot of people are easily heartbroken when things don’t work out, but you have to continue your focus and pushing forward.

Second, be consistent with your determination. As a business person, I’ve suffered a lot of losses because I’ve taken a lot of risks, but I’ve moved many steps further than others who quit. People have to really take that initiative to continue to keep trying different avenues.

Third, be humble and never be afraid to ask for help. Sometimes people feel that if you are asking for help, it’s a sign of weakness, but it is actually a strength. If you are not capable of doing something and you’re deceiving yourself, you’re actually going to hurt yourself more in the long run. Be eager to reach out for help and to be humble.