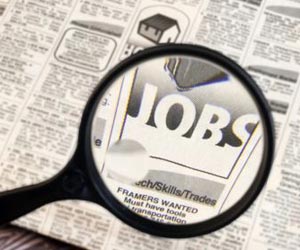 According to reports, more than 1 million Americans are set to lose unemployment benefits Dec. 28, as extended federal unemployment benefits come to a halt this weekend. This could pose significant problems in the fallout as the U.S. continues to recover from the Great Recession. Congress let the “emergency” program expire as part of a budget deal.

For families dependent on cash assistance, the end of the federal government’s “emergency unemployment compensation” means participants will lose their average monthly stipend of $1,166.

Initiated under former President George W. Bush, the benefits were designed to help millions of U.S. citizens who lost their jobs in a recession and failed to find new ones while receiving state jobless benefits, which in most states expire after six months. Another 1.9 million people across the country are expected to exhaust their state benefits before the end of June.

Unemployment rates could drop, but experts say the economy may suffer with less money for consumers to spend on necessities.

The Obama administration is urging Congress to extend benefits upon its return next month. “As the President has repeatedly made clear, it defies economic sense, precedent and our values to allow 1.3 million Americans fighting to find jobs to see their unemployment insurance abruptly cut off — especially in the middle of the holiday season,” said a statement Friday from Gene Sperling, director of the National Economic Council for President Obama.

Social Media Fanatic? These Are the Jobs For You

5 Most Popular Options Used to Finance a Startup