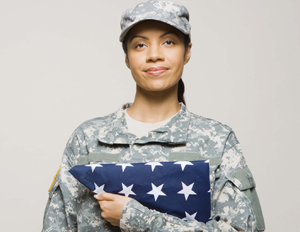 Most experts will agree that leadership skills top the list of strengths gained from military experience. When Major General Marcia Anderson, the senior advisor to the Chief Army Reserve on policies and programs for the USAR, initially joined the Army’s Reserve Officer Training Program she was placed in various leadership roles that compelled her to break out of her shyness. During an interview withÂ C-Span Anderson explained how during a six-week period, she went from platoon sergeant for a day, responsible for getting 40 people from point A to point B all day long, to standing up in front a group briefing them up on what was next on schedule. This experience made her learn how to stand up in front of a group, assert herself, and maintain control over that group and capture their attention. Here are few other ways the Army has instilled leadership skills in soldiers.

“Invisible leadership doesn’t mean its unseen or unrecognized, it’s simply hidden so that the efforts of others become more visible and new leaders emerge,â€ said Blanche Williams, MS, an expert in performance management and leadership. This couldn’t be truer for Gen. Lloyd Austin, who while leading to troops in Iraq became the first African American to command a corps in combat. According to the Guardian, when asked about his status as a high profile black general, AustinÂ has been quoted saying he didn’t want his race to become a focus. “If you talk to Tiger Woods today, and you asked him how he felt about being the best African-American golfer in the world, he would tell you that you don’t want to be known as the best African-American golfer. He wants to be known as the best golfer,” Austin said.

Austin has been praised for “his calm demeanor, strategic vision, regional experience and knowledge, and proven judgment.” He is also the first African American Commander of US Central Command (CENTCOM), and is in charge of the military operations against the jihadist group Islamic State and the Al Qaeda franchise Khorasan in Syria and Iraq (ISIS).

Isaac Oates, Army Intelligence Officer
“Plans are worthless, but planning is everything.”

This quip by Eisenhower is absolutely true. Few operations go according to plan but building a good plan forces you to think through constraints, resources, and contingencies.â€

“A good leader knows to plan. A great leader anticipates no plan will survive first contact with the enemy and knows just what to do about it. It’s hard to train your mind for both the rigidity necessary to come up with good blueprints and the flexibility to improvise when plans fall apart, but on the battlefield or in the boardroom, it is crucial.â€
Source: Entrepreneur.com

‘Shaft’ is NOT a Comedy 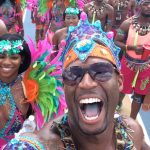