3 Tips for Negotiating the Sale of a Company - Black Enterprise 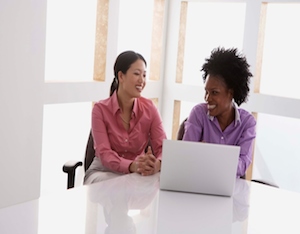 If you analyze your life, you will realize that your entire day consists of negotiations. Mostly, it’s low-stakes, like persuading the kids to get ready for school or calling the phone company to ask for a lower phone plan. They’reÂ important, but easy to master.

But, when the time comes to sell a six or seven-figure company and the high-stakes negotiations begin, we start to get it wrong, because we are unfamiliar with how to do things. We fall back on old stereotypes from movies such as Wall StreetÂ or TV shows like Law and Order. We tell white lies, because we think that it will put pressure on the other party to make a quick, favorable decision. For example, telling them you have another party ready to buy immediately.

Negotiating the sale of a company requires more than technical negotiation techniques; it requires tact, diplomacy, and, most importantly, a human touch.

Since 2007, when I started my company Quiet Light Brokerage, I’ve found myself knee-deep in high-stakes negotiations, and have learned the following valuable lessons.

Be Quiet and Listen

When you’re talking, you don’t have to talk over othersÂ to be in charge of aÂ conversation. In fact, the best negotiators know that their most powerful weapon is to listen.

Silence can be awkward. People hate silence, so they’ll often talk to fill it. When they do, listen carefully to what they’re saying and you’ll identify their real, core objectives. You can use this to craft a deal that meets everyone’s goals.

Mark Daoust is the founder and CEO of Quiet Light Brokerage, an internet business brokerage firm advising entreprenuers on the exit of their e-commerce, SaaS, Amazon, and other web based businesses. Mark is also the author of the recently published Ultimate Guide to Website Value.

How Millennials are Changing the Color of America