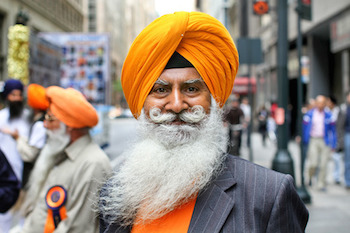 Most New York residents couldn’t tell you about their next door neighbors, let alone a complete stranger who has lived a lifetime in the metropolis.

Started by photographer Brandon Stanton, Humans of New York is a New York City-based photoblog that has received critical acclaim from The Huffington Post, The Wall Street Journal, and The Village Voice for its introspective look at Gotham’s citizens. Armed with only a camera and an intuitive need to find compelling stories, Stanton traverses the mean streets of New York, capturing photos and tales from random individuals.

His numerous postings and compositions have amounted to a widely appreciated book that became a bestseller in 2013. While the photos and stories are almost immediately shared via social media, Stanton’s content remains consistent in keeping the people anonymous. No names are ever shared. Only the stories —which are full of successes, sadness, trials, and tribulations —are given en mass to the public.

Truly inspired by the content that Brandon Stanton has offered to the rest of the world, we dug in and found 10 of the most inspiring ‘Humans of New York’ stories that will tug at your heartstrings. Enjoy!