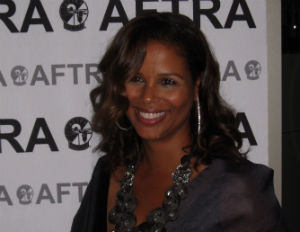 In the past 20 years, Yvette Lee Bowser, CEO of SisterLee Productions, created and sold over twenty-five pilots for American television in the past fifteen years. Of those twenty-five, eight were given a green light to move on to creating a pilot. Of those eight, five were picked up and four of them were classic African American programming for generations to come, including, Living Single, Lipstick Jungle, For Your Love and Lush Life and Half and Half. Five years ago, Bowser took a break from television to spend time with her children and husband.

“I don’t feel like I’ve taken a break in years and my kids really needed this,â€ says Bowser of her two sons. “They were transitioning to another school and I’m glad I was able to be there during that time and to be there for my husband. I’ve been working nonstop for twenty something years. Just because you don’t see my name in the credits doesn’t mean I’m not still working.â€

Pilot season and production months are the busiest time of the year for the veteran show-runner – and although her new shows on TVLand, don’t require her to wear the hat of show-runner in charge – Bowser is still writing the most engaging characters and exchanges on television today.

BlackEnterprise.com: After 20 years in television, what do you believe makes you a good writer?

Yvette Lee Bowser: I still look for the truth in all that I write. I try to relay the truth though the characters that I write about. I just really try to be honest. Although I’ve done mostly comedy in my career and people think that honesty makes for good drama, I believe that truth in my words has allowed me to continue to grow in this business. As long as you’re honest, the audience will respond.

We’re still always trying to get at the truth in these shows. We are trying to get to the situations and everyday occurences of what makes people laugh. Honestly, humor doesn’t really know color. Yes there are some culturally specific commentary that needs to be made but we still generally keep it honest. The show that I’m on now (The Execs) is actually a very ethnic show; very Jewish. Having worked in the industry for 25 years, I’m also very familiar with what makes them laugh as well. It’s nice to exercise some muscles that have never been exercised, but honestly, my writing is pretty universal. I still write for the predominate female characters on the show and since TV Land’s primary target market is women 25-50, that’s still my sweet spot.

Writing is like breathing for me. I just have to do it. I know that sounds super clichÃ© but it’s something that I really feel. I did take a little bit of time off but during that time off, I wrote a screenplay, a book and developed the concept of a cable channel with a business partner. I actually got to exercise a lot of my writing muscles so it really wasn’t time off because I was still writing. I write poetry and have a 14-year-old son that writes songs so I just think writing is in our blood. I have to find an outlet to write. I would love to get back to production though and that’s one thing that I haven’t been involved with recently. TV Land welcomed me with open arms and he’s been talking to my agents for many, many years asking that I come on board with their new slate of programming. Now, I’m doing my tour of duty at TV Land; starting with “The Execsâ€ and transitioning over to “Happily Divorcedâ€ just a month ago, as the head writer.

You mentioned that the head of TV Land really wanted you for many years; do you find that you’re meeting with the same studio executives over and over or are there different faces all the time?

I do run into a lot of the same people and more of the same personalities. Fortunately for me, I’ve always been a kind individual. Even when certain people have risen up the ranks and are now heads of studios, they remember me as being a kind and creative person that they can count on to deliver. Because of my experience, they are always open and interested in what I have to say, which is great.

Because you’re one of the few African American women in this industry that does have an open door to studio executives, how much mentoring and training are you involved in?

I believe that’s extremely critical because this industry is so closed. They simply don’t let new people into the fold, ever. So it’s critical that the next generation be prepared to generate their own material and know how to interact with studio executives; and these are things that you can’t just learn from osmosis. What I know, I’ve learned from a lot of trial and error.

I ran my first show at a very young age (Universal Studio’s “A Different Worldâ€). I was 27 years old, running my own show which meant that I went from being a minion to being the boss over night. So it’s really important that we train the next generation that have not been involved in the process of producing a show, because producing goes well beyond the writing. Show running goes so far beyond the producing of a show. It involves so many different kinds of personalities and interactions. You have to know how to interact with executives and still know how to manage your staff, as well. It’s very multifaceted and honestly, most writers are not equipped to run their own show.

Getting young people to understand the process and kind of demystifying that iron curtain has always been a priority to me. That’s why I’m so heavily involved with the Writers Guild Show Runners Training Program. And I really enjoy it. It’s the kind of program that I wish was around when I was coming up so I didn’t have to go through so many trials by fire.

Other than going though one of those training programs, what is your best advice for outsiders to get into this industry?

I’ll just say this, If you’re a writer, keep writing. Very interestingly, I encounter a lot of people that want to write and when I ask what have you written, they respond by saying “nothing.â€ You’d be surprised at how many times I get that response. Or they’ve written with no format and off the top off their heads and have never been published. Those kinds of so-called writers, don’t understand that writing is re-writing and that the process has lots of stages. And you really need to have perseverance in this business. You really do because you’re going to get a lot of “No’s.” I also advise that writers seek out people that will give honest feedback. Have someone that will tell you when your writing isn’t great because that’s the only what that you’re get better.

Quick Ways to Save Money at Thanksgiving