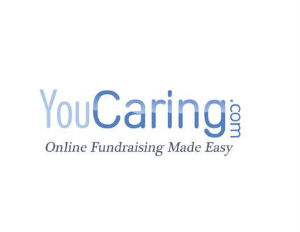 In order to raise the money to pay off his pricey hospital bills, David Price of Texas has set up an account onÂ YouCaring.com, VICE reports.

Youcaring is similar to Kickstarter and other other fundraising websites, like indiegogo, but YouCaring.com takes no fees from money raised for medical assistance.

Check out a short excerpt from his interview withÂ VICE:

VICE: YouCaring seems, at first glance, to be a great resource. Have you tried any other health care fundraiser services?

David Price: YouCaring was the first fundraising tool that we tried. All I can really say is that it’s nice to know it’s there. Many of my friends and several people I’ve never met have supported me via the site. It was extremely uplifting for me while I could barely speak to see the support and kind words from so many people. Â I’m very lucky to have so many friends in my life.

How close are you to your goal?

The YouCaring fundraiser is a great support, though as of now, is only able to account for 6.7 percent of my projected medical bills. Still, it’s a continuing process and there is hope left. I’ll very likely be looking into getting insurance as well. As much as it pains me that there are companies who profit from growing medical costs, it is a monster that can’t be defeated. If I can shatter half my face while on an easy bicycle ride, who knows what could happen next? My leg could be blown away by shrapnel from a falling meteor five minutes from now. Â There are so many things beyond our control, however unlikely they may seem, they’re events that only take a second to ruin a person financially.

Arrest Finally Made After Trina’s Brother Gunned Down