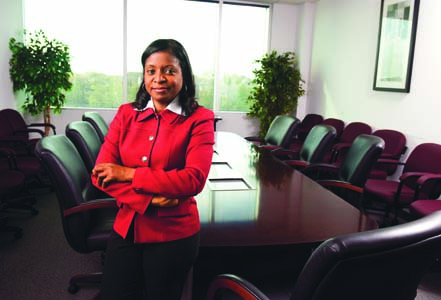 When Bernadette Clay established her sole proprietorship in 2007, tax preparation took place between Jan. 1 and April 15 of 2008. She did not have a problem organizing her records and getting her taxes done on time, but Clay came to realize that waiting until the beginning of the following year put her at a disadvantage. She was not utilizing year-end purchases and other strategies to lower her tax bill the following April. Now, instead of being an annual task, “Tax planning is done on a monthly basis,â€ says Clay, who is the president and CEO of BLE Executive and Virtual Office Suites in Largo, Maryland.

“Getting organized before the end of the year allows me to see where my business is.â€ BLE, which serves as a satellite office for other small business owners, is an outgrowth of Clay’s personal experience. For years she worked out of her home, but occasionally needed a place to meet with clients, thus the birth of the “share an officeâ€ concept. The 48-year-old Clay now takes a more proactive approach to the tax-planning process in general, which she says is the secret to ensuring that the tax season runs smoothly. She reviews profit and loss statements and cash flow projections frequently, giving herself time to maximize her deductions and prepare for upcoming tax bills.

A lack of continual planning and preparation is the biggest mistake self-employed people can make, says Robbie Hampton, managing partner of Bishop, Hampton and Associates L.L.C., an accounting firm in Atlanta and Stockbridge, Georgia. Without planning, “There could be business tax deductions left on the table,â€ Robbie Hampton says. There could also be mistakes and audits. Between 2005 and 2009, the Internal Revenue Service increased the amount of hours it spent auditing small businesses by 30%, according to the Transactional Records Access Clearinghouse, a data-gathering organization at Syracuse University. By examining their tax situation before the end of the year, business owners can take steps to raise or lower their tax liability. For example, decreasing net profit will lower a tax bill.

On the flip side, business owners may want to increase the tax liability this year if they think they will make significantly more money next year. A pre-tax planning appointment with a certified public accountant can help you come up with strategies that directly affect your situation, says Robbie Hampton.

The Team You Need for Your Year-End Financial Checkup