You Need This $4.2 Billion Wynn Palace Resort In Your Life 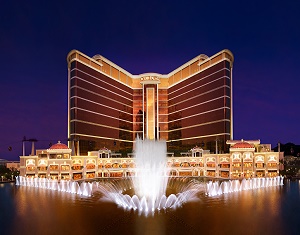 After six years of development and construction, the opulent new $4.2 billion Wynn Palace resort opened in Cotai, Macau, on Aug. 22, 2016.

The property, styled with a floral theme, has 1,706 rooms, suites, and villas. Because no palace would be complete without expensive rare art, the Wynn Palace is decked out with artwork valued at more than $125 million. Some of these notable pieces include Tulips, a tremendous steel sculpture created by Jeff Koons; La Foire, an 18th century tapestry; a French tapestry calledÂ The Audience of the Emperor;Â and four porcelain Qing-dynastyÂ BuccleuchÂ vases. The only other place to see a Qing-dynasty quartet would be Buckingham Palace.

The glamour at the Wynn Palace extends to design features such as the huge floral displays detailed with thousands of flowers, and amusements like the air-conditioned SkyCab, which encircles the Wynn’s 8-acre Performance Lake high into the air–91 feet at its highest point.

Rooms/suites range from the Palace room (730 – 840 square feet) to the Penthouse (3,900 square feet). The Penthouse includes a grand piano, media room, and two master suites with views of Performance Lake, along with 24-hour butler service among its list of amenities.

For guests who need more space, the Wynn Palace has garden villas, ranging from 6,700 square feet to 8,000 square feet. The villas each have a 45-foot private swimming pool, butler service, and a private spa room.

The Spa at Wynn Palace–the largest spa in Macau, offers more than a dozen dining options, and plenty of retail therapy, with 50 exclusive retailers including Cartier, Burberry, Dolce and Gabbana, and Giorgio Armani as part of theÂ Wynn Palace experience. The spa has a pool, fitness center, and salon. Of course, the signature spa treatments are appropriately named The Emperor and The Empress.

The Wynn Palace is poised to receive an influx of visitors. It is the first hotel stop in the Light Rail Transit route leading from the planned ferry terminal and the airport. According to a resort representative, the resort is also poised to take advantage of the influx of visitors provided by the new Hong Kong-Zhuhai-Macau Bridge, which is scheduled for completion in the near future.

Although it is well known for its casinos, Macau is also touted as being one of the most luxurious spots in the world. It has a plethora of five-star hotels, more than any destination in the world, and anyone who loves to eat will feel right at homeÂ becauseÂ Macau has renowned restaurants with a variety of Portuguese, Chinese, Japanese, and Indian and other cuisines.

Some of the Michelin-starred restaurants of note include:

Visitors to Macau have plenty of educational and entertainment options that have nothing to do with slot machines. They can visit sites like Handover Museum and the Maritime Museum to learn about Macau’s history, or take in the culture and historic elegance at the A-Ma Temple, a temple that is older than Macau itself.

They could experience the thrilling Grand Prix, see the amazing House of Dancing Water, or take a dive from Macau Tower, the highest commercial bungee jump in the world.

“With a 400-year history of blending of Portuguese and Chinese heritage, Macau now has the most five-star properties of any destination in the world as well as 16 Michelin-starred restaurants,” says Al Merschen, general manager of the Macao Government Tourism Office in North America. “This unique balance makes it a must-visit for every traveler seeking the crossroads of luxury and culture.” 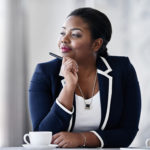 Claudine Williams is the editor of www.somewhereluxurious.com. She has also contributed to the New York Times, the Miami Herald, Hotel Chatter, Travel + Leisure Southeast Asia, the Huffington Post, and various other publications. Claudine has a master's degree in Information Design and Communications. She believes that everyone deserves a trip to Somewhere Luxurious.