World AIDS Day: 5 Facts That Everyone Should Know 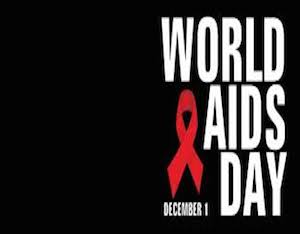 Dec. 1, 2014 marks the annual celebration known around the globe as World AIDS Day. People everywhere turn their attention to the HIV/AIDS epidemic that continues to grip humanity with fear and caution.

In fact, one out of every two people living in the world suffer from HIV or AIDS and do not even know that they have it. The event, which is one of the eight official global public health campaigns by the World Health Organization, has been around since 1987 and is dedicated to raising HIV/AIDS awareness. Celebrities, concerned citizens, non-governemental organizations, government and health officials all chime in with facts, figures and educating news on HIV/AIDS prevention and control.

As of 2013, AIDS has killed more than 36 million people worldwide, and an estimated 35.3 million people are living with HIV. Single-handedly, this is one of the most important global public health issues in recorded history. HIV and AIDS can both be passed on through infected bodily fluids, most commonly via sex without a condom or by sharing infected needles, syringes or other injecting drug equipment.

With advances in technology, users can get tested for HIV/AIDS using a saliva sample, as results come in just 15-20 minutes. While there is still no cure for HIV/AIDS, progress has been made in raising awareness and education about the pandemic. As Black Enterprise strongly stands in unison with others championing World AIDS Day, we highlight five facts that everyone should know and be hip to!

Get Ready for Giving Tuesday