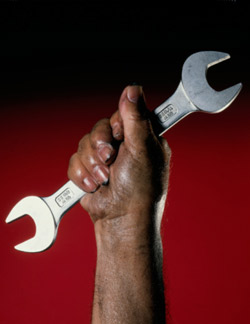 The battle over union rights will spread across the nation on Saturday when supporters gather at state capitols to protest efforts to limit or eliminate collective bargaining and the ability to organize, lawmakers told reporters in a conference call this week. Solidarity rallies are scheduled to take place at noon, local time, in every state and are in large part in response to the protests that have taken place for the past several days in Wisconsin, Ohio and Indiana. U.S. Representatives Keith Ellison (D-Minnesota) and RaÃºl Grijalva (D-Arizona), who co-chair the Congressional Progressive Caucus, and Wisconsin Democratic Senators Chris Larsen and Mark Miller participated in the call.

“Republican radicalism and the fight against working families have gone too far. What started in Wisconsin is a protest against a Republican power grab is spreading across the nation,â€ said Grijalva. He also said that the huge tax breaks that Wisconsin Gov. Scott Walker has given to major corporations, as well as the cuts proposed in the continuing resolution passed in the House last Saturday seek to hurt working and poor families and target programs to which they are philosophically opposed.

Disputes over union rights have led Democratic lawmakers in place in Wisconsin and Indiana to go on the lam to Illinois. In Ohio, they are fighting a bill that would allow collective bargaining for state workers for wages and outlaw strikes. According to a report released in 2008 by the Center for Economic and Policy Research, union membership provides African Americans with a substantial economic boost, increasing wages by 12% and the likelihood of their having health insurance and a pension plan by 16% and 19%, respectively.

Ellison accused Walker of behaving like a dictator. “He says he won’t negotiate. That is something that is not in the spirit of a public servant, who just won’t even talk. He is putting himself in a position of being extreme, radical and reckless. And he’s going to fail,â€ said the Minnesota Democrat. Ellison also said that President Obama has spoken out against union busting but he would like to see him more actively involved because union members are among his party’s most loyal and financially generous supporters.

Speaking on MSNBC Wednesday night, Ellison said, “The fact is that it’s working people who are going to be pounding for him in a couple of years. It’s working people whose policies that we elected him to pursue, and so, I think it’s only sensible that he would stand on the side of labor at this time.â€

Click here for the rest of today’s Washington Report updates. 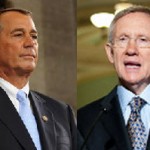