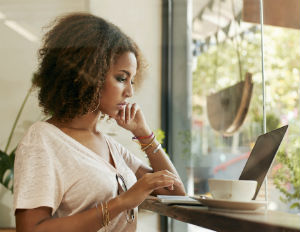 No one can argue that women have made significant strides in society over the past 30 years.

Today, there are more women billionaires than in any other time in our nation’s history, women are more visible on corporate boards, they hold high ranking executive positions in companies, and if Hillary Clinton has her way, this year we’ll also have our first female presidential candidate.

So, why does the trek toward the final frontier for women’s equality stall when it’s time to get paid?

It’s not as clear as it might seem. Women haven’t historically pursued the ultra-high salary industries such as technology, which explains some of the discrepancies. Girls are getting more involved in STEM (science, technology, engineering and mathematics) programs. This fact alone is helping to narrow the gap.

In sports for instance, the argument that men’s sports bring in higher revenues as a reason for why men are paid more than women in sports, in general, makes sense. Technology and sports aside, though, when men and women compete for similar jobs with similar experience and skills, men still tend to be paid more. Why?

The best and most sensical explanation is systematic and perpetual sexism. A man’s skill set is still seen as more valuable than a woman’s–sometimes by both genders. Changing these long-held beliefs proves challenging although the tide seems to be shifting as more women lead companies and organizations.

The next explanation for why women are sometimes left in the salary dust is that they either don’t ask for more money or they have a more difficult time making the case for why they deserve more money.

So, what can women do to bridge the money gap? Here are some quick tips:

#1: Forget about the old axiom, “Know Your Worthâ€ when negotiating.

Nobody cares about what you believe you’re worth but you. It’s really about what you can persuade someone to believe you’re worth. In other words, it’s more important for you to be able to present a compelling argument (based on results) for why you deserve certain compensation or consideration. Document your results in the company and quantify your impact. For instance, if the company’s attrition rate has decreased by 40% under your leadership, share that information.

#2: Know the rules and compete.

Men sometimes get rewarded for two reasons: because they ask and because they know which behaviors or results get rewarded. Oftentimes, women don’t even know the rules of engagement. Ask your supervisor what you need to do or achieve to be promoted. Get the conversation documented. Remember, promotions don’t have to always be monetary. Be creative. Titles, responsibilities, enhanced benefits and location are just a few examples of how you can build a higher compensation package. But…only ask for those things after you’ve had the courage to ask for the dough. Asking for money is a muscle most women need to develop and perfect.

Want to learn the art of negotiation? Download this free report on negotiation.

Fran Harris is a business explosion expert, CEO of a digital marketing agency, and founder of Black Business University, the world’s first online course marketplace for black entrepreneurs, CEOs, and companies, featuring hundreds of on-demand courses to help you grow.