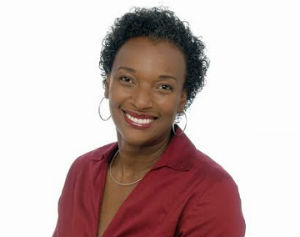 Real estate is a continuously growing and expanding industry. In any given major U.S. city, the interest in real estate is at an all-time high, be it as an investment or as a full-time profession.

When it comes to women in real estate, luxury residential sales have become theÂ crÃ¨me de la crÃ¨meÂ of high-earning professions for entrepreneurial women. Brown Harris Stevens, Corcoran, Douglas Elliman, Halstead, and Sotheby’s are but a handful of the highly recognizable top firms.Â The last several years has generated an influx of public curiosity in real estate. Numerous reality shows continue to focus on the work process of mega agents, whose day-to-day involves luxury residential sales, and society’s thirst for that “insider’s view” of the super competitive world of buying and selling luxury properties does not seem to be ending any time soon.

With over 20 years invested in the game, Wilson is a top agent that is truly an industry expert. Known for sales of condominiums in historic sections of Harlem, she has been featured in several publicationsÂ over the years. The Senior VP’s tenacity has helped her become the first African American to “gain success in the mainstream real estate market in New York City.”

So, could real estate be the career choice you’ve been looking for? Read on to find out.

BE: How long have you been in real estate? What led you to this career choice? What part of town do you typically cover?

VW: I’ve been a real estate agent since 1988. I was led to the career choice by one of my closest, dearest friends, Mitchell Davie, who I met in Brooklyn. Mitchell owned several buildings and properties that I had interest in. He told me I’d be great at selling, and ultimately sponsored my license. He encouraged me to sell in Manhattan. I worked for a small company to get my feet wet and later interviewed at Corcoran; the rest is history.

Currently, I do business all over Manhattan and sometimes in Brooklyn. In early 2000, there was lots of interest and promise in the Harlem market. I met a gentleman who had a building he wanted to sell, and I convinced him to develop it. He trusted me and took a chance; this began my condominium development career.

Who Is Better for Techâ€”Clinton or Trump?

Tia Walker is a journalist and professional blogger who is a Contributing Reporter to Black Enterprise. Her long standing successes in blogging and video reporting have come as the result of popular exclusives from her own blog The Quest for "it", which she founded in 2005 to chronicle the worlds of art, fashion & media. Previously she has written on celebrity, fashion and society as an online columnist for UPTOWN Magazine. She has also reported on celebrities in music for Black Entertainment Televison's BET.com. Additional work includes luxury brand reporting specifically geared to "diversity" for brands such as Lexus.