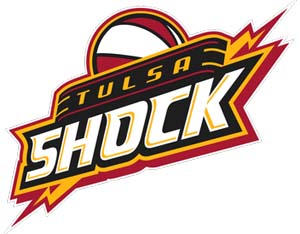 Basketball fans in Dallas have been having quite a turbulent summer, as the entire country watched Mark Cuban and his Dallas Mavericks squad strike out quite publicly with prized summer free-agent center Deandre Jordan. Not hanging his head for long, Cuban regrouped and managed to bring native son Deron Williams to the team that he previously overlooked during his headlining free agent summer back in 2012 – but due to the decline in Williams’ game, that’s a consolation prize at best.

Enter the Tulsa Shock, or should I say, Â the Dallas Shock?

Yesterday, the WNBA’s owners voted unanimously to approve the team’s relocation to the Dallas-Ft.Worth area, bringing the area it’s first WNBA team. Speaking about the decision, WNBA President Laurel J. Richie offered appreciation to the citizens of Tulsa, and anticipation to those in Texas, saying, “The WNBA is extremely grateful to the city of Tulsa and the team’s loyal fans. The support they have shown for the Shock and women’s professional basketball over the past six seasons has been tremendous. We look forward to having our first team based in the Dallas-Fort Worth area.â€

The Shock have struggled mightily in their six seasons in Tulsa, after being a perennial playoff team in Detroit, as well as claiming three WNBA championships between 2003 and 2008. Long time ESPN Shock reporter Mechelle Voepel described the nature of the team’s struggles recently, writing –

‘Many of the key players who helped the team win three WNBA titles didn’t make the move to Tulsa. The Shock were 6-28 in their first season in Tulsa, then went 3-31 in their second year. They’ve been trying to regain their footing ever since.’

Although the WNBA’s owners unanimously approved the move, there has been some opposition. The Shock’s majority owner Bill Cameron caught many by surprise when he announced his plan to move the team to Texas on Monday, citing that the ‘Dallas area is the largest underserved market for women’s sports and has the nation’s fifth-biggest media market.’ In a statement released yesterday, Cameron said, “Today is a truly exciting day, and we thank the WNBA for its support in approving the relocation to the Dallas-Fort Worth marketplace… We are thrilled to join one of the most prolific sports regions in the country, with a fan base that has a genuine love for their professional sports teams.â€

Several of the teams minority owners, most notably Stuart Price, have taken exception to the move, and Price has gone so far as to file a suit against Cameron – claiming that he’s wronged the city of Tulsa, and saying that he used Tulsa as an incubator as he readied the team for relocation. In response to Cameron’s announcement, and in light of the team’s recent success on the court, Dewey Bartlett, the mayor of Tulsa, said “I don’t know anyone that goes into these things to make money day-to-day. You buy it to grow. … I know nobody likes to keep forking over hard-earned money into a program that is losing money. … The bottom line was we needed a winning team. Well, now we have one.â€

Celebs React to the Death of Bobbi Kristina Brown