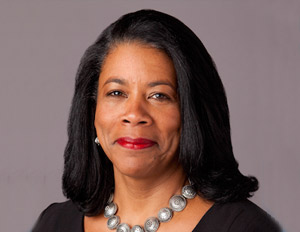 The WNBA and ESPN extended their partnership through 2022, it was announced by ESPN President John Skipper and WNBA PresidentÂ Laurel J. Richie. ESPN, ESPN2 and ABC will televise up to 30 games each season, which includes the first broadcast of the WNBA Draft in prime time. The April 15 draft this year includes a trio of megastars: Elena Delle Donne, Skylar Diggins and Brittney Griner.

“Our enhanced television agreement reflects ESPN’s extraordinary commitment to women’s sports and to the WNBA,â€ said Richie, the only African American president of a major sports league. “The extension has been a catalyst for the WNBA and ESPN to bring forward fresh thinking ideas to better showcase our players, our game and our league.â€

The agreement comes as ESPN and the WNBA seek to revamp its broadcast with new technology and broadened access across its platforms. The league announced that some referees will wear mini-cameras to give viewers an on-court perspective. There will also be added access to practices, locker rooms and shoot-arounds, as well as commentary and analysis from current and former players.

“We are thrilled to extend our agreement with the WNBA, a dynamic relationship that will extend over two decades,â€ said Skipper. “This strengthens ESPN’s commitment to the league and helps solidify us as the home of women’s sports content.â€

The Rebirth of Jazz in Harlem Remains in Question