With Few Options, City of Detroit Files for Bankruptcy 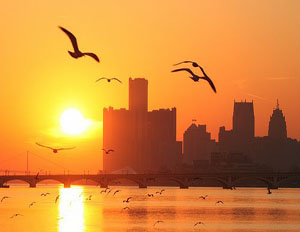 The largest municipal bankruptcy case in U.S. history was filed Thursday, ending years of angst over the fiscal health and financial future of Detroit, Mich., which led an era of booming industry and innovation, but in recent years has become a lean, unstable symbol of the state of the American economy.

One of the great American cities, Detroit’s 16-page petition was filed in its U.S. Bankruptcy Court at 211 W Fort St., according to the Detroit News.

In all, the city has nearly $12 billion in debt to unsecured creditors, a number that Detroit Emergency Manager Kevyn Orr wants to see slashed dramatically; it’s being reported the creditors could share a $2 billion dollar payout if the Chapter 9 filing is approved. As far as approval is concerned, several media outlets are also reporting that Gov. Rick Snyder is required to approve the filing under Michigan state law.

Large cities do not typically file for bankruptcy. Already, several labor unions and the city’s two pension funds have gathered support to sue the governor to keep him from approving the filing. Orr, the city’s emergency manager, wants to cut pensions and benefits to the city’s current and former employees, which is said to total 30,000.

5 Steps to Getting More Perks at Work

Black Blogger Month: ’83 to Infinity, An Interactive Way to Keep Your Hair Flowing