Winging It: F.A.M.E Costs. Will Chris Brown Ever Be Willing to Pay? - Black Enterprise 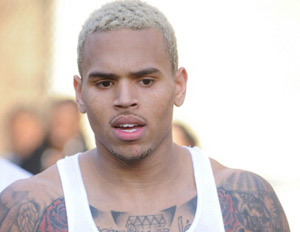 I don’t usually go here, but I could not not speak to what happened with Chris Brown this week when he was interviewed by Robin Roberts on Good Morning America. Let me say up front that I have nothing but respect for their individual talents. Roberts was a subject in my book, Take a Lesson, and when I took my daughter to see Brown at Madison Square Garden three years ago, I acted more the fool than she did (she’s still not quite over the embarrassment).

But when it comes to this latest chapter in both of their professional lives, the haters and debaters have gone into overdrive over who did what to whom. The bottom line is this: Robin Roberts did her job. Chris Brown and his handlers did theirs too–but poorly.

Let’s be real: How much is there to say about a new album in and of itself? Once an artist has said the predictable, “It’s out. It’s great. Go buy it,â€ there’s still an interview to fill. How could Roberts not address the Rihanna assault-saga, which is now, whether he likes it or not, a part of Chris Brown’s story (as is the subsequent broken window he is reportedly responsible for over at the GMA studios and his rambling apology on BET’s 106 and Park yesterday).

Robin Roberts is a journalist, and despite the chummy co-mingling of what were once totally disparate elements– entertainment and news–that Good Morning America and most media outlets now embrace, Roberts remains a journalist. She is there to ask the questions that her bosses and her audience want answered. She did that. Somewhat awkwardly, but insistently, as she is expected and paid to do. She is not paid to be a Chris Brown fan, or his friend, and she is certainly not his flack (aka publicist).

Thus, it is not her job to sanitize Brown’s reputation, spin his comeback, feed his ego, promote his latest album or in any other sense make Brown look good. That’s his job and, no doubt, the job of an entire staff of pros and wannabees on his payroll who are supposed to help him do it. The fact that Roberts doesn’t have Oprah‘s touchy-feely format or Barbara Walters‘ reputation for making her subjects cry doesn’t mean she didn’t have every right and reason to ask the tough questions. In fact, it was her responsibility to do so. Otherwise, what is he doing there? Albums drop every day–from artists with a broader reach and bigger following than Chris Brown has (his last album, 2009’s Graffiti, fell way short of goals)–and yet, they don’t typically warrant air time on morning television. So, it stands to reason that part of why Brown was there at all is that this album’s release is considered a news story. Why? Because he’s attempting a comeback. From what? Well, that’s precisely the question, isn’t it? Robin Roberts knew that. The GMA producers who booked Brown knew it. The viewers all knew it. Why didn’t Brown and his handlers know?

This brings us to my objective appraisal of their job performance. It’s been reported that Brown’s management requested that the interview not address his past physical abuse issue at all, and that they had settled on the expectation that there would be, at most, one question on the subject. Seriously? First of all, any artist’s manager worth his or her salt knows that they cannot control an interview. Unless there are written and signed assurances, everything is fair game.

Secondly, does Chris Brown or his mother, his manager, his stylist, choreographer, producer, driver, body guard, assistant, housekeeper, tattoo artist, dentist… you get the idea….does anyone in the Brown camp really expect that he can be interviewed anywhere by anyone anytime soon and not have this issue arise? Even if they thought the topic was dead and gone (as unimaginable as that is) wouldn’t it make sense to be prepared, just in case? Wouldn’t it be wise to have a calm, consistent, believable script that Brown would adhere to as if it were one of his many tattoes? A little of his vintage boyish charm wouldn’t hurt either. Instead we got the muscle flexing, platinum headed, self-righteous, jaw clenching F.A.M.E. pusher. And whose brilliant idea was it to reference his “enemiesâ€ in the album’s name (Forgiving All My Enemies). Really, Chris? Enemies? The very word is associated with anger and resentment, with grudges and negativity. And how arrogant to suggest that you’re now granting forgiveness instead of seeking it. Again.

Look, I’m a mom and a music lover. A black one. So I want Chris Brown, and every young black man on this planet, to succeed. Everybody loves a comeback story and most folks (including those associated with GMA, who declined to legally pursue the matter despite the property damage Brown caused in his post-interview tantrum) want to forgive. But to forgive is not to forget. Even at the tender age of 21, Brown ought to understand that. Forgetting comes with time and an accumulation of esteemable acts, acts that prove a lesson has been learned and real growth has taken place. Time’s gone by, but no such proof is in evidence. Quite the contrary.

F.A.M.E is expected to debut on the Billboard charts at #1 next week. Sadly, it seems that’s all Brown and his camp care about. If so, maybe they performed well after all.

See Chris Brown’s Good Morning America interview with Robin Roberts here and tell us what you think in the comments below. Was she fair in the questions she asked? Did Chris handle it well while on-camera?

This Week on Our World: Is The Black Church Still Relevant?